Located in Colmar, France, in the heart of the Alsace wine district, La Maison des Têtes (or House of Heads in english) is as historical and listed building completed in 1609, whose name stems from the 109 small head sculptures that ornate it’s renaissance style façade. This building, today a five star hotel with two restaurants (including one starred in the Michelin guide), is one of the major sights in Colmar.

In addition to an existing Brasserie, a restaurant serving traditional french and Alsatian dishes, the client wanted to create a new restaurant offering a contemporary gastronomy and renovate the lobby, common areas and hotel rooms. Access to the hotel from the street is through a listed paved courtyard shaded under the foliage of climbing vine plants. The lobby which was sombre and heavy with wooden panels, has been treated in a contemporary manner, that contrasts to and highlights the remnants of the thousand year old City Wall of Colmar that crosses the lobby. The reception was designed as a simple counter, a free terminal, that reduces the distance between guests and staff.

The Restaurant contrast starkly with the renaissance exterior and rusticity of it’s setting. The space has a capacity of approximately 30 seats and the atmosphere is airy and calm, centred on the experience of the cuisine. The ceiling consists of a succession non-uniformly curved surfaces, a modern interpretation of the traditional vaults referring to traditional clerical and monastic architecture for it’s sense of calm and introspection. In addition to this atmosphere, setting , the Nest is installed.

Hybrid between screen and yurt, The Nest is this structure that embraces and coves a table without isolating it, making for a more intimate setting, while defining the overall character of the room. It is made of a cantilevered wooden structure clad with textile scales in a geometrical pattern. The interior is white, outside colored linen that can be found on the chairs and armchairs. The Alsatian region being famous for its refined wines, a wine cellar is housed underneath the restaurant. The atmosphere of the cellar, in contrast with the dining room.

The renovation of the rooms was done in a concern to combine the warmth of old wooden setting with a more contemporary layout, while gaining in comfort and lightness, in order to meet the expectations from a 5-star hotel. In order to create a unique experience for its users, each room is singular with a unique choice of furniture and in line with the atmosphere of the place. 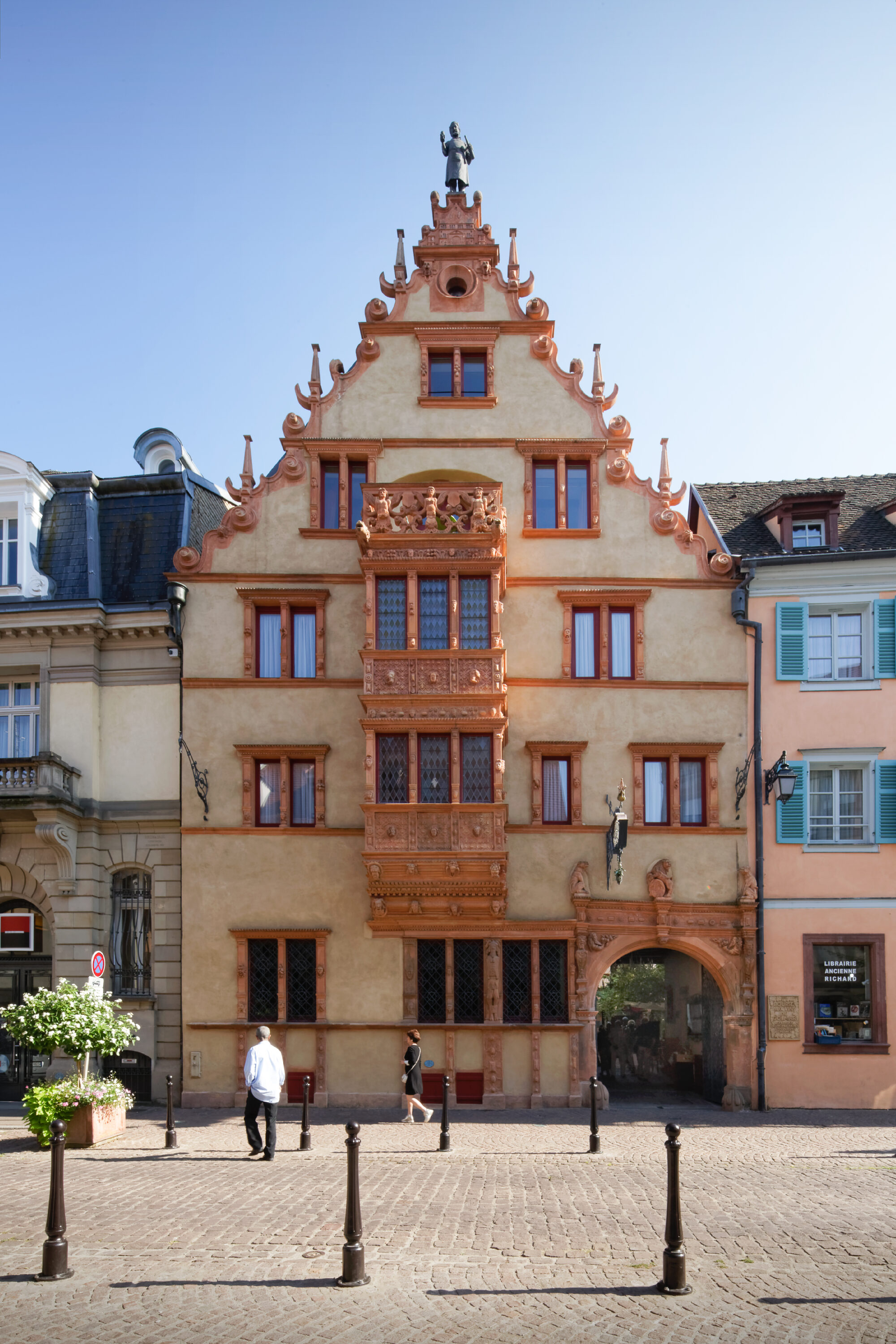 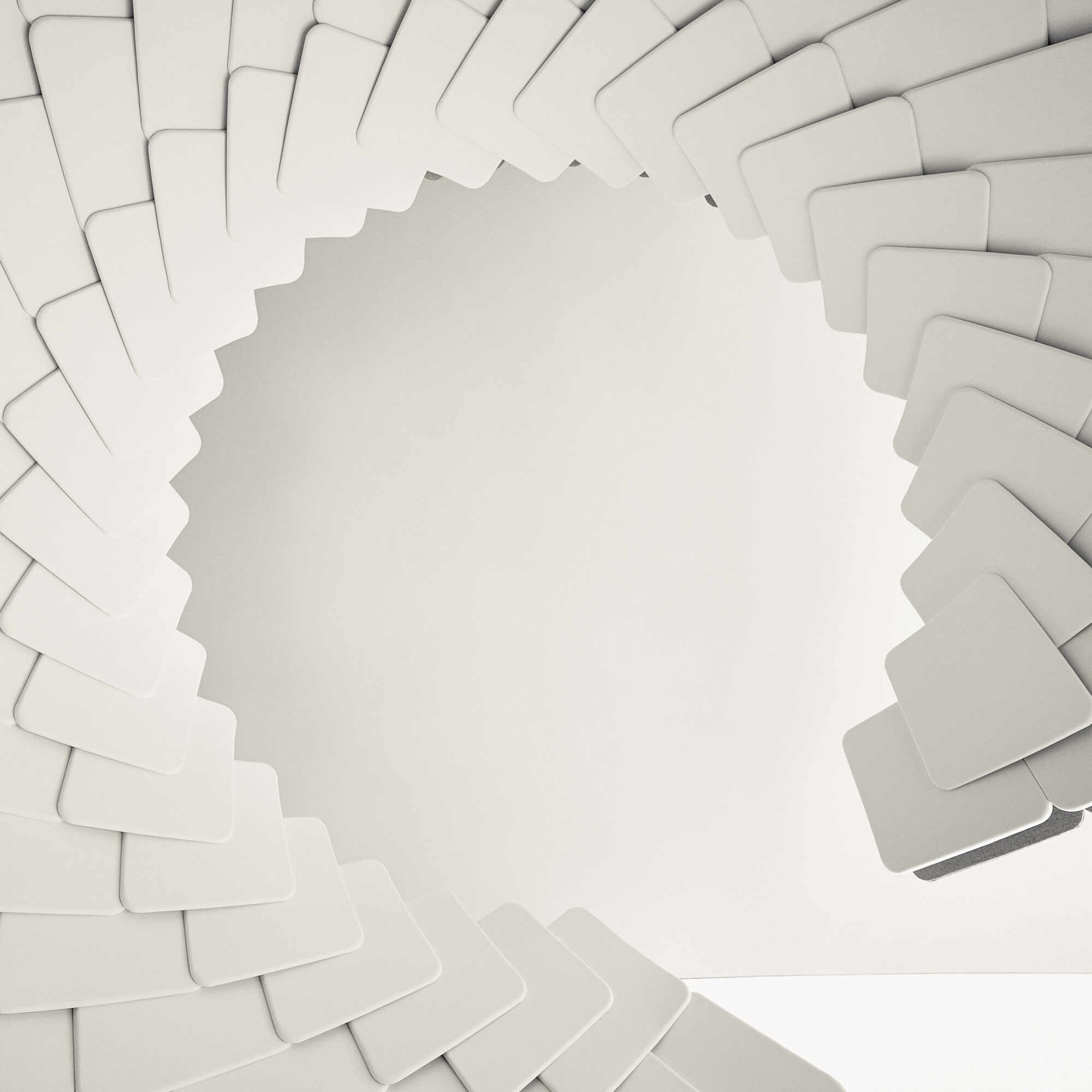 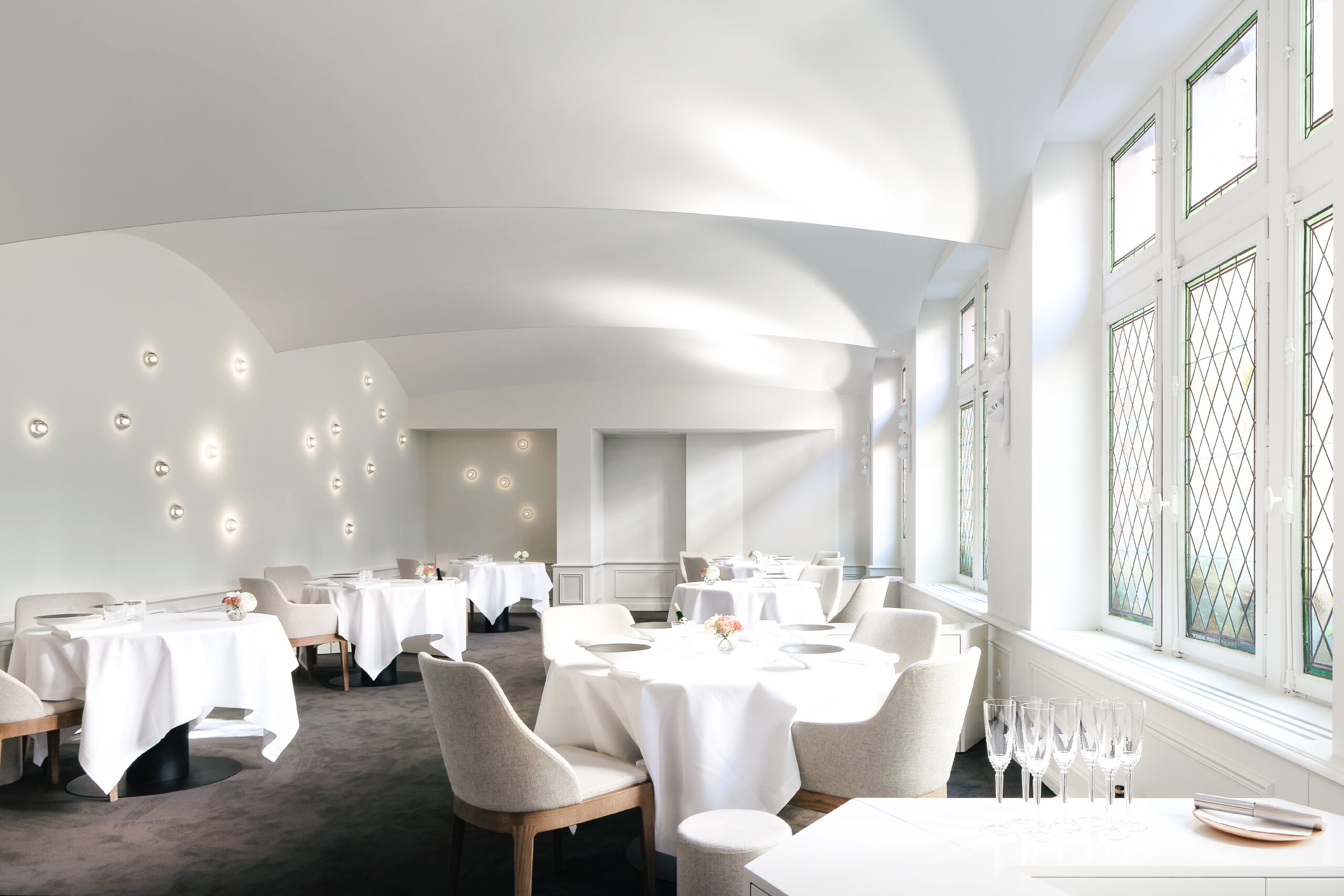 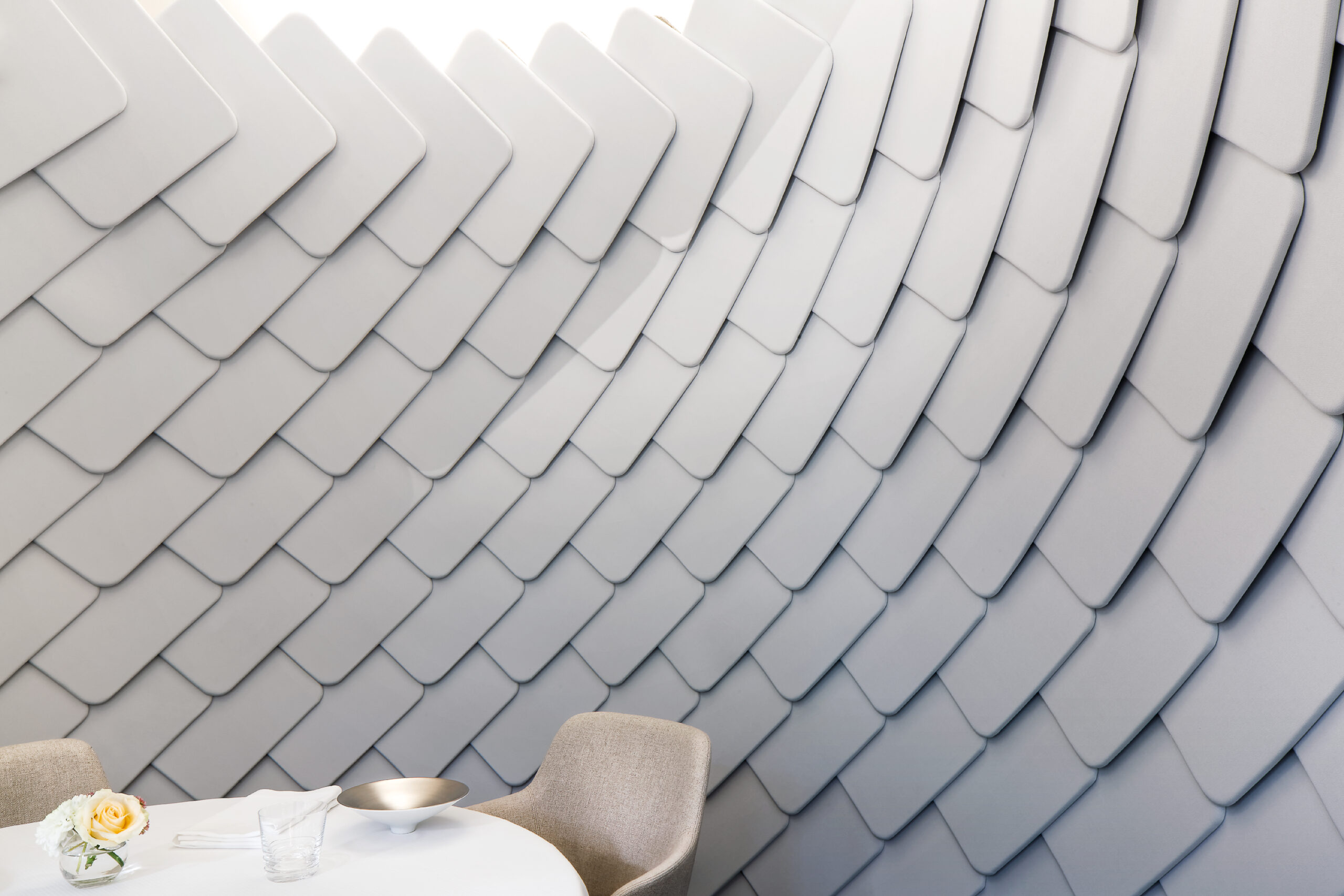 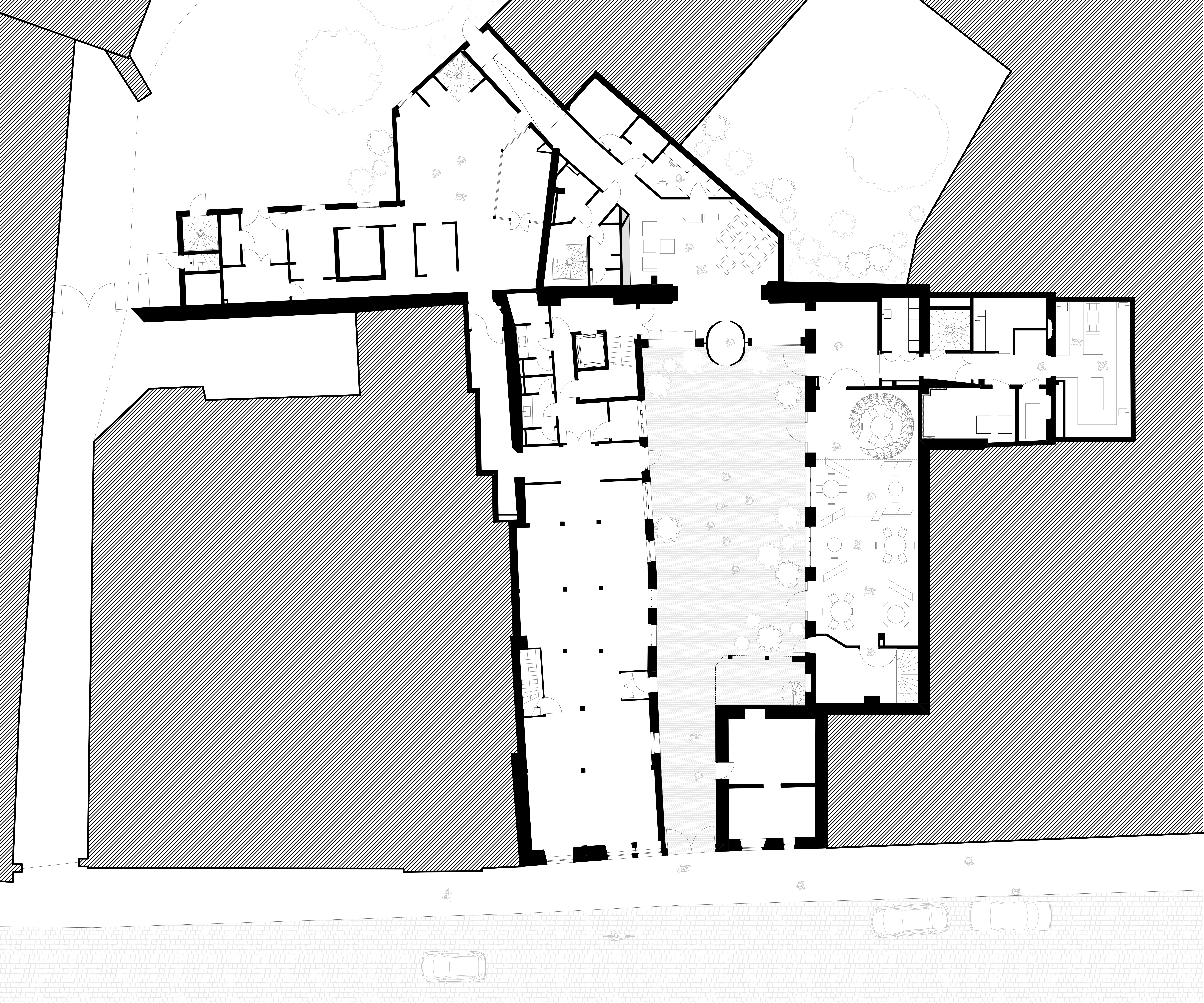 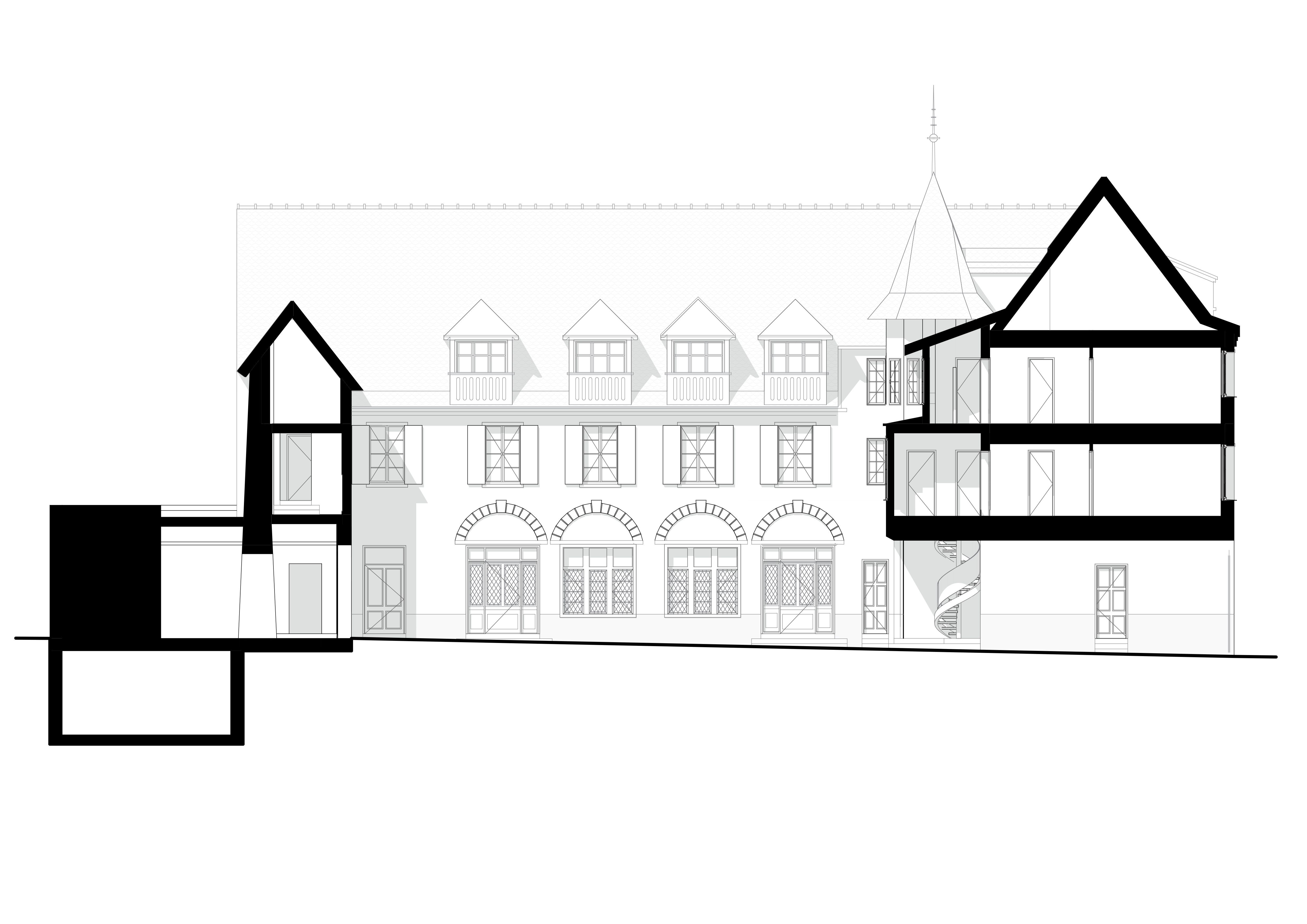 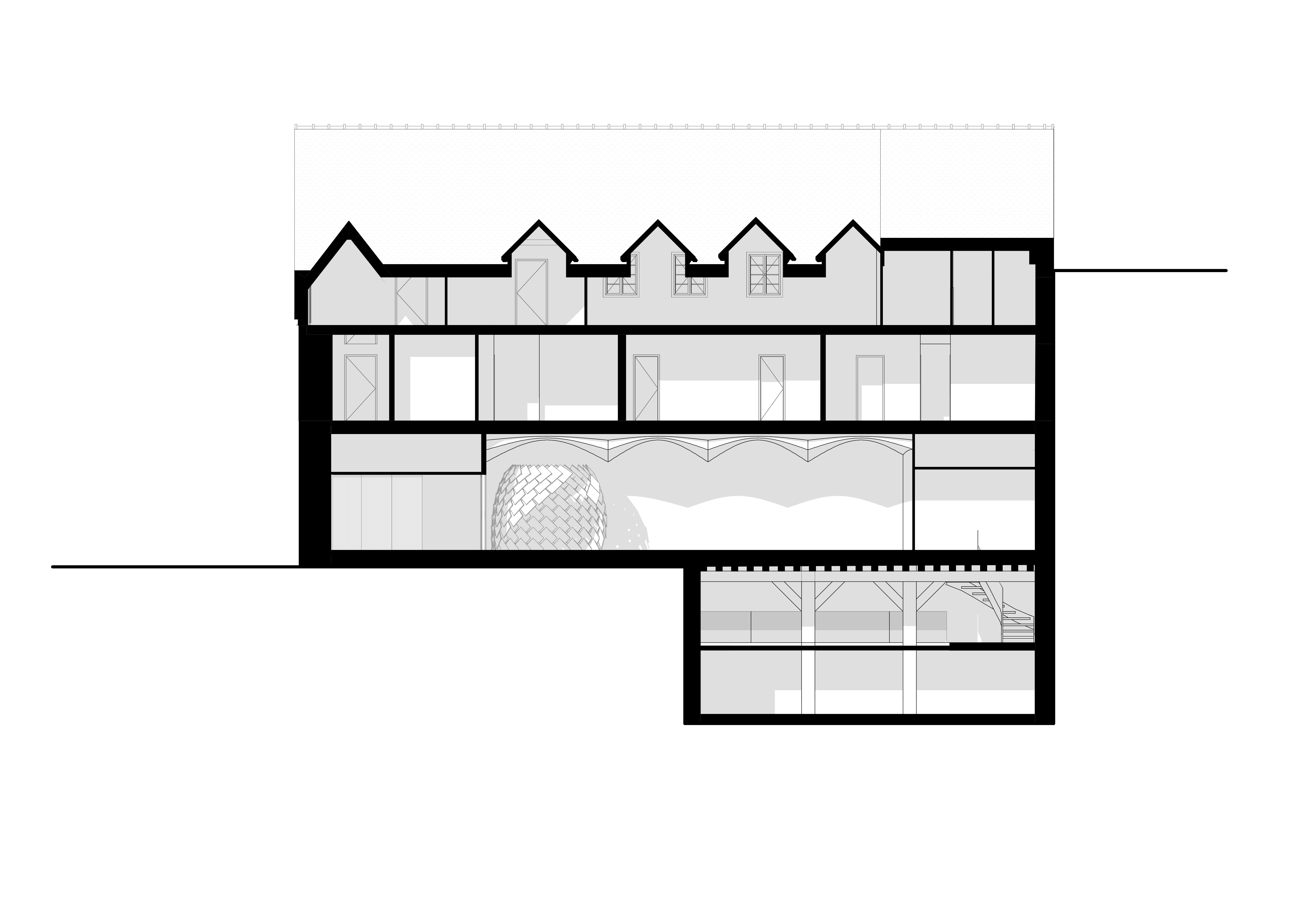 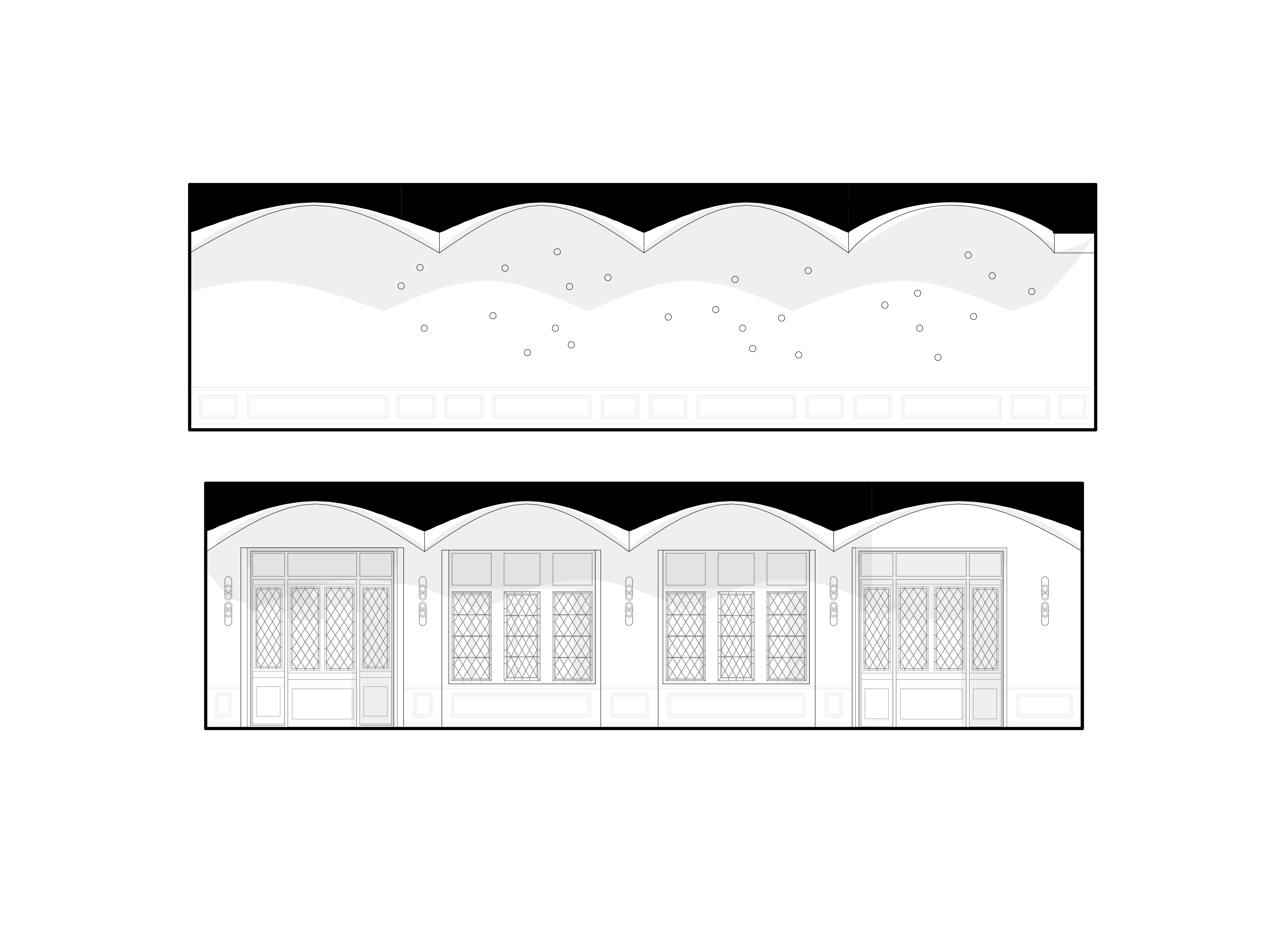 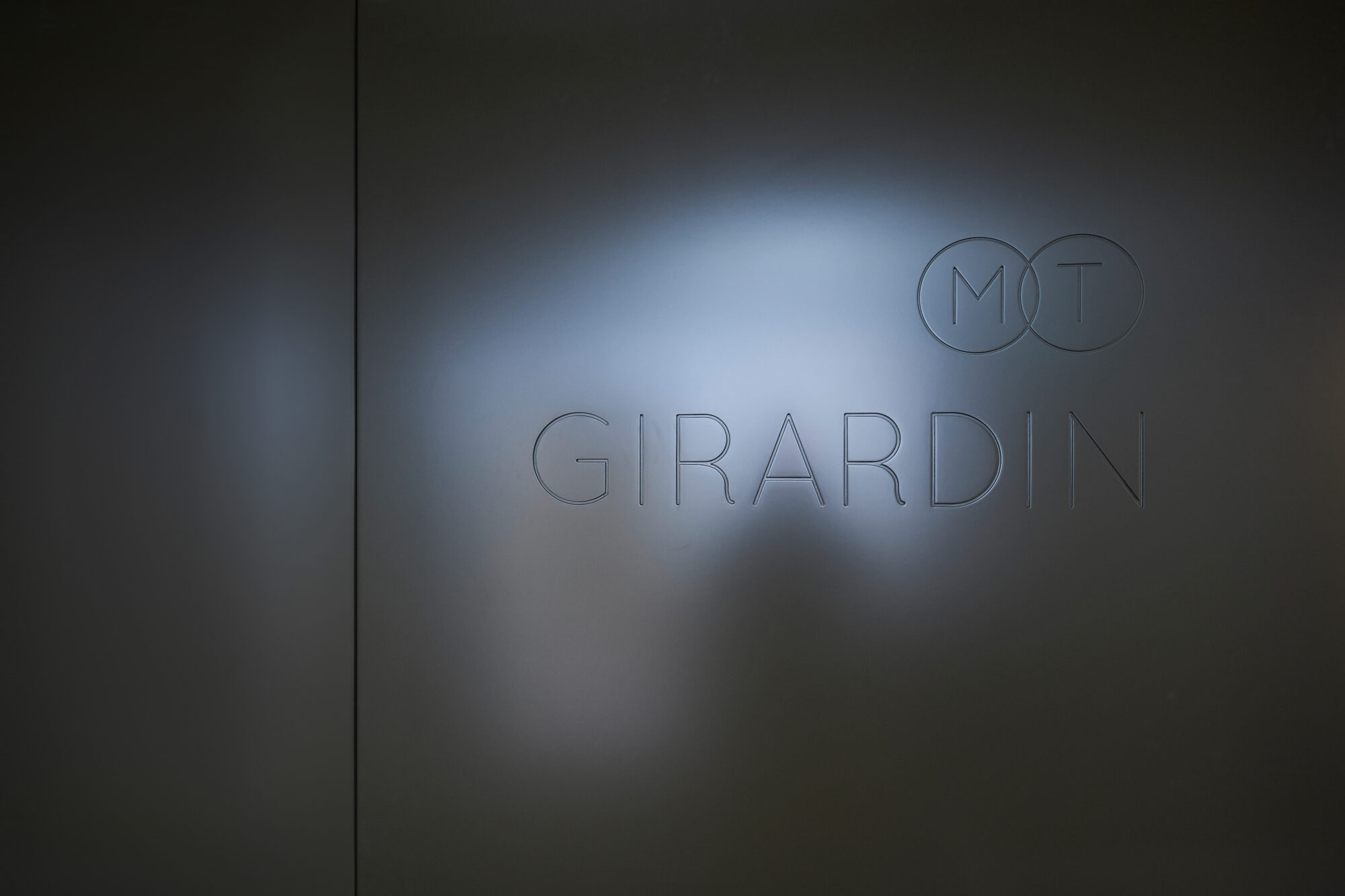 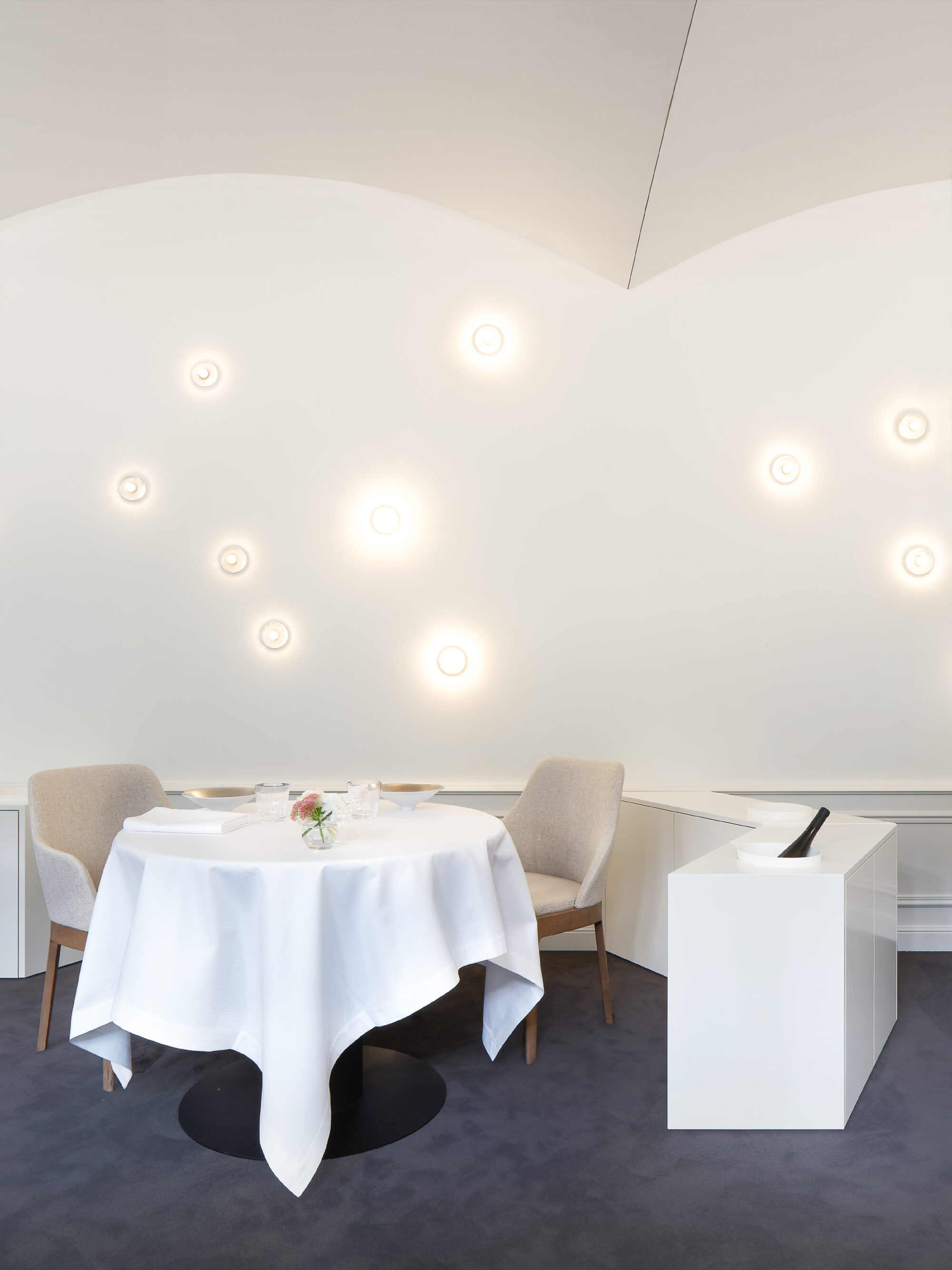 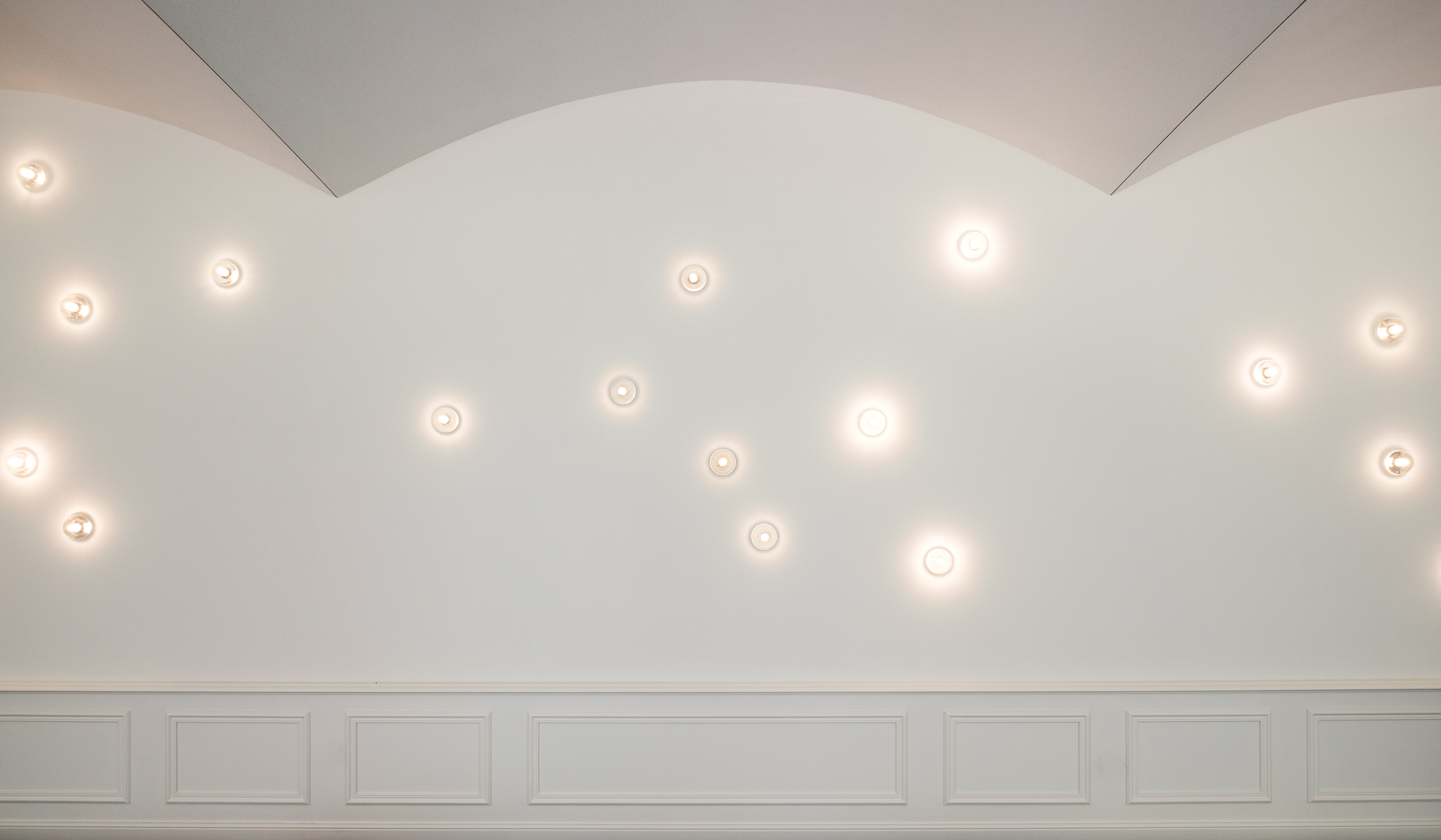 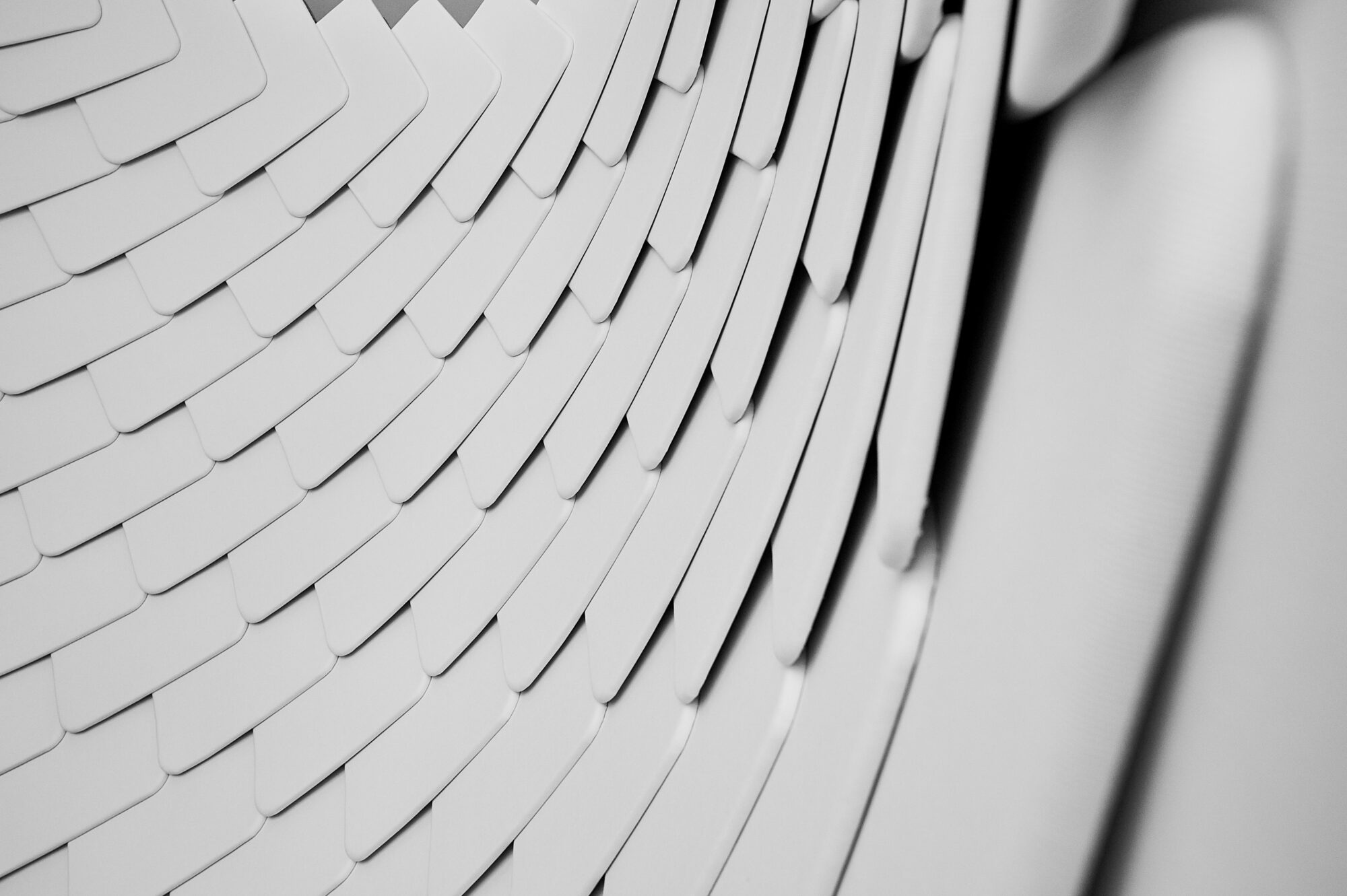 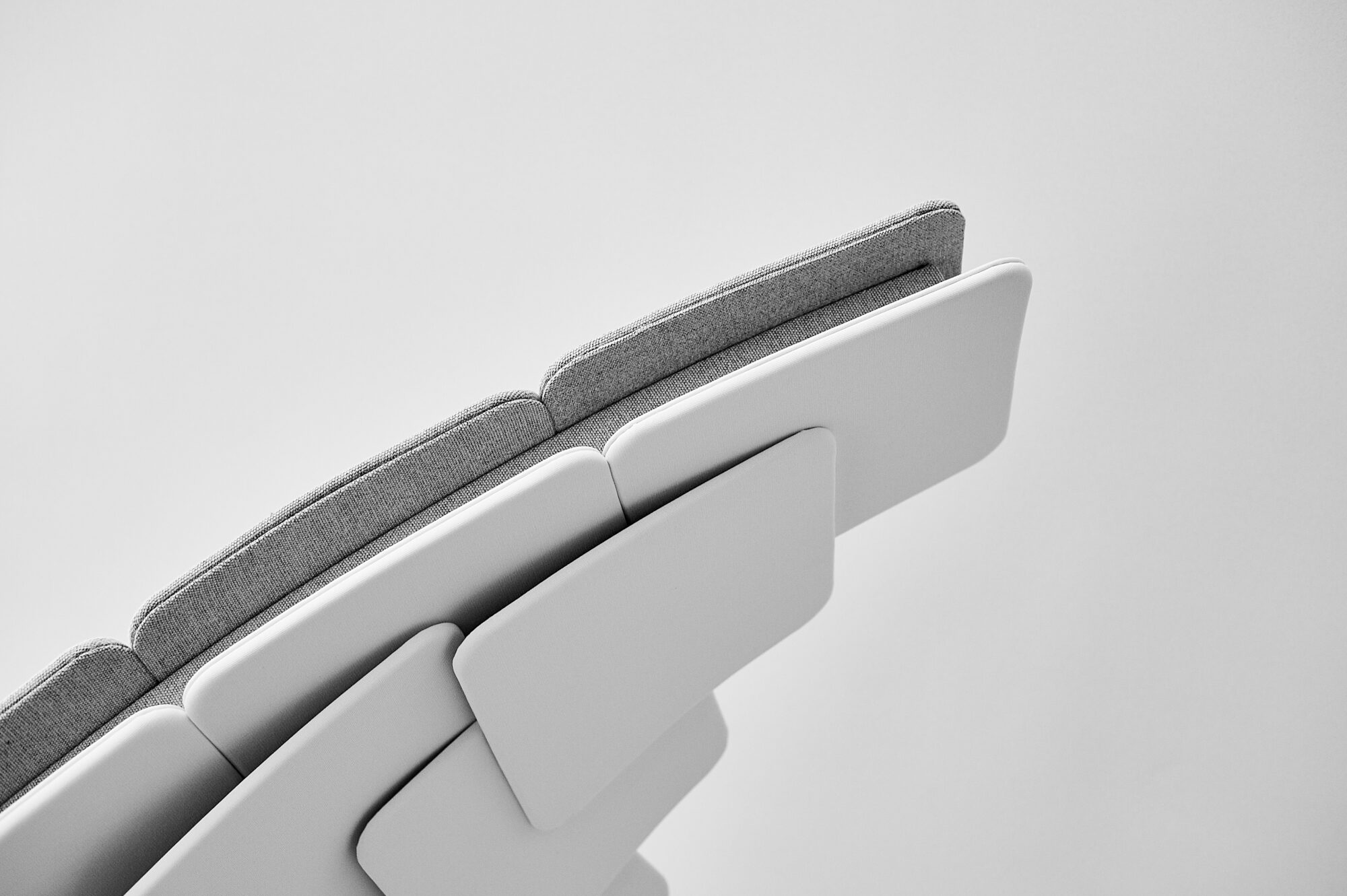 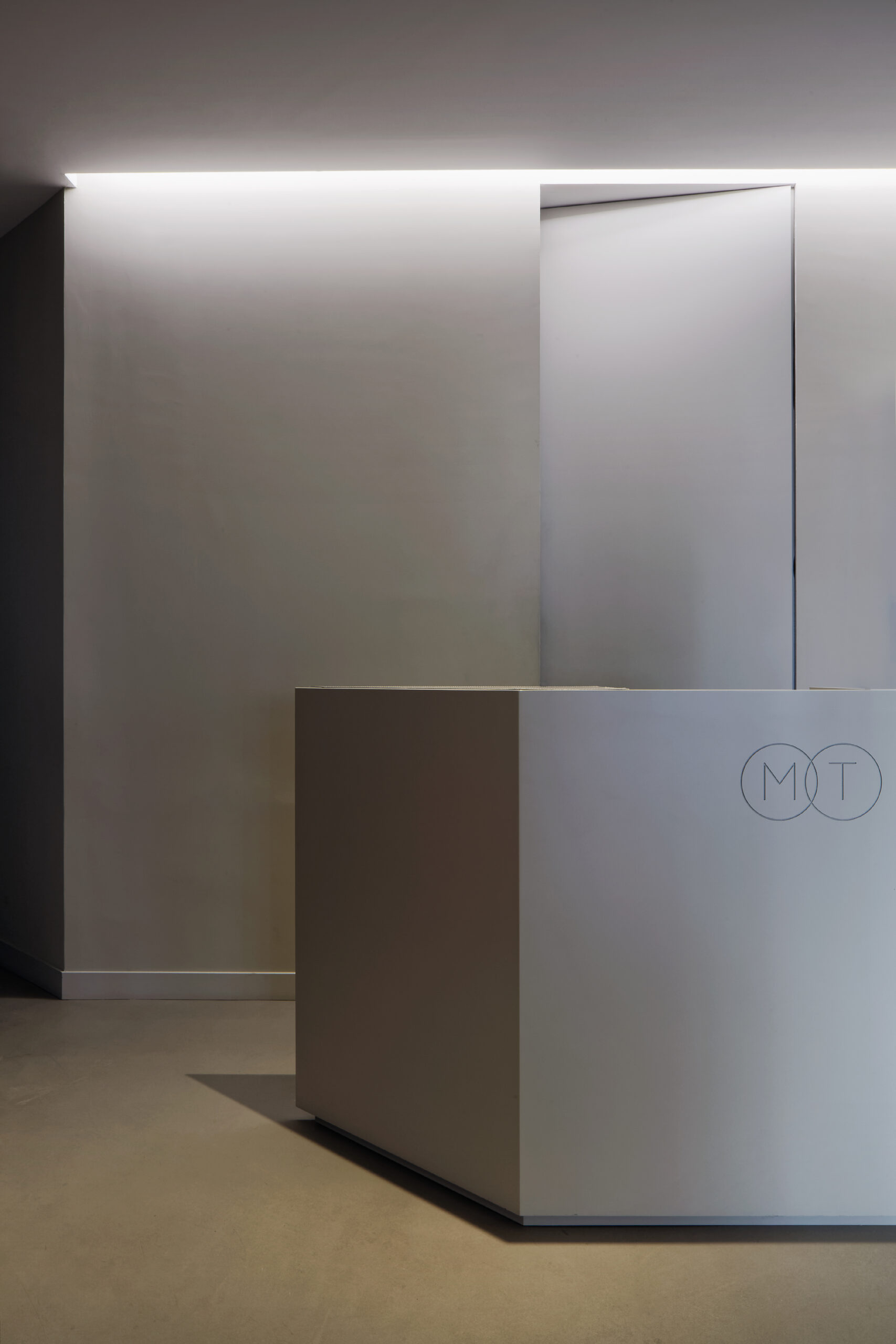 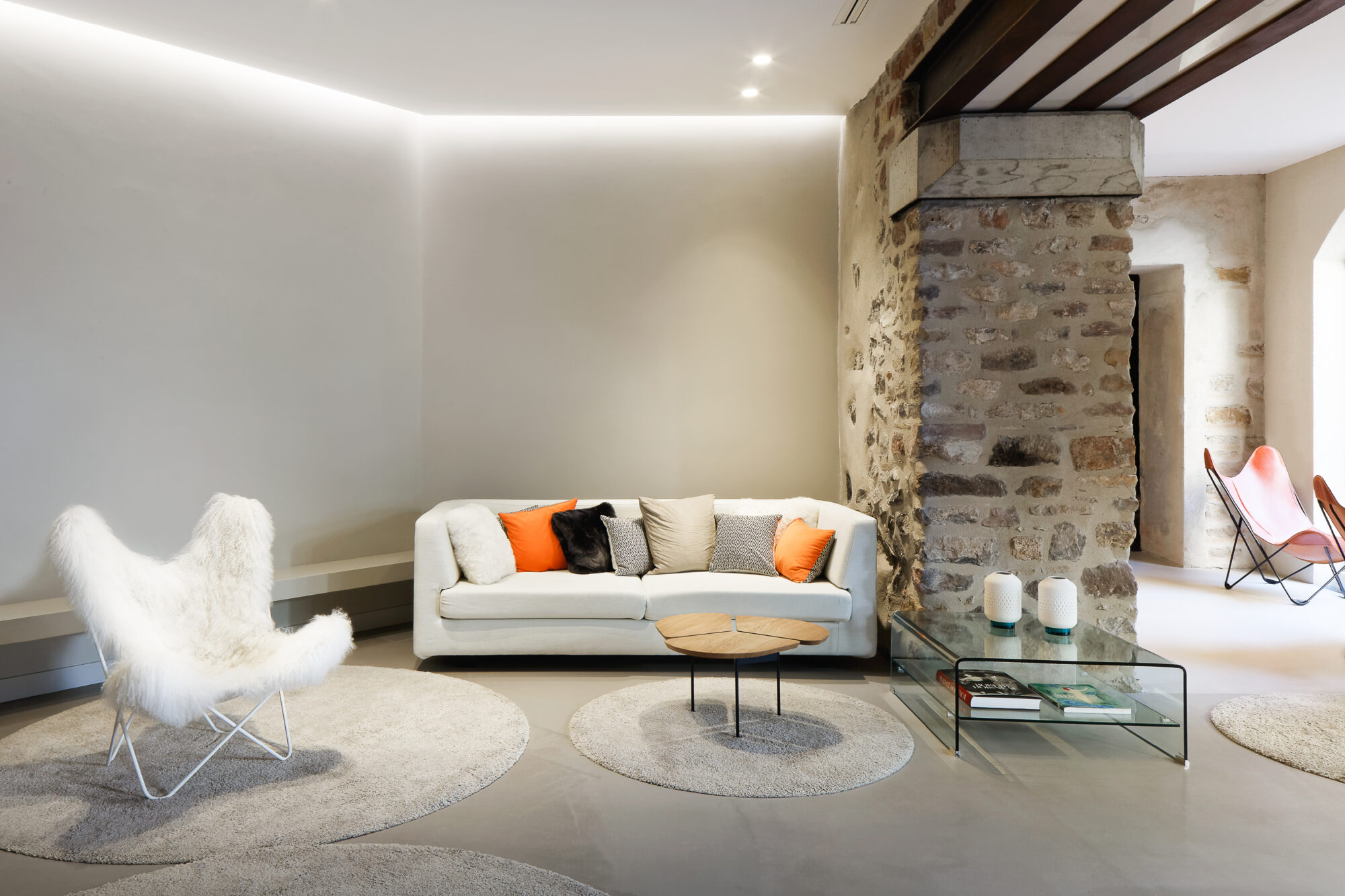 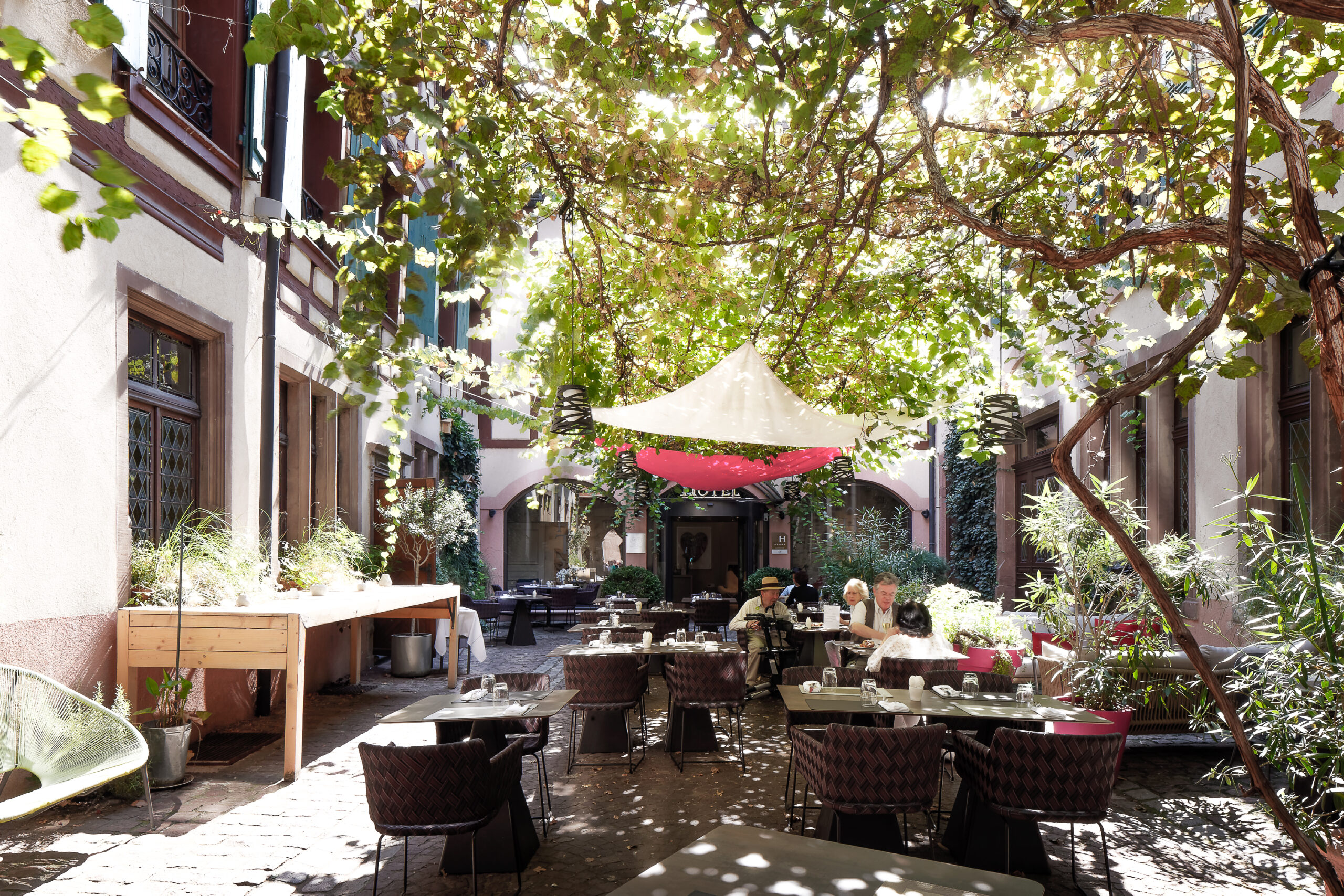 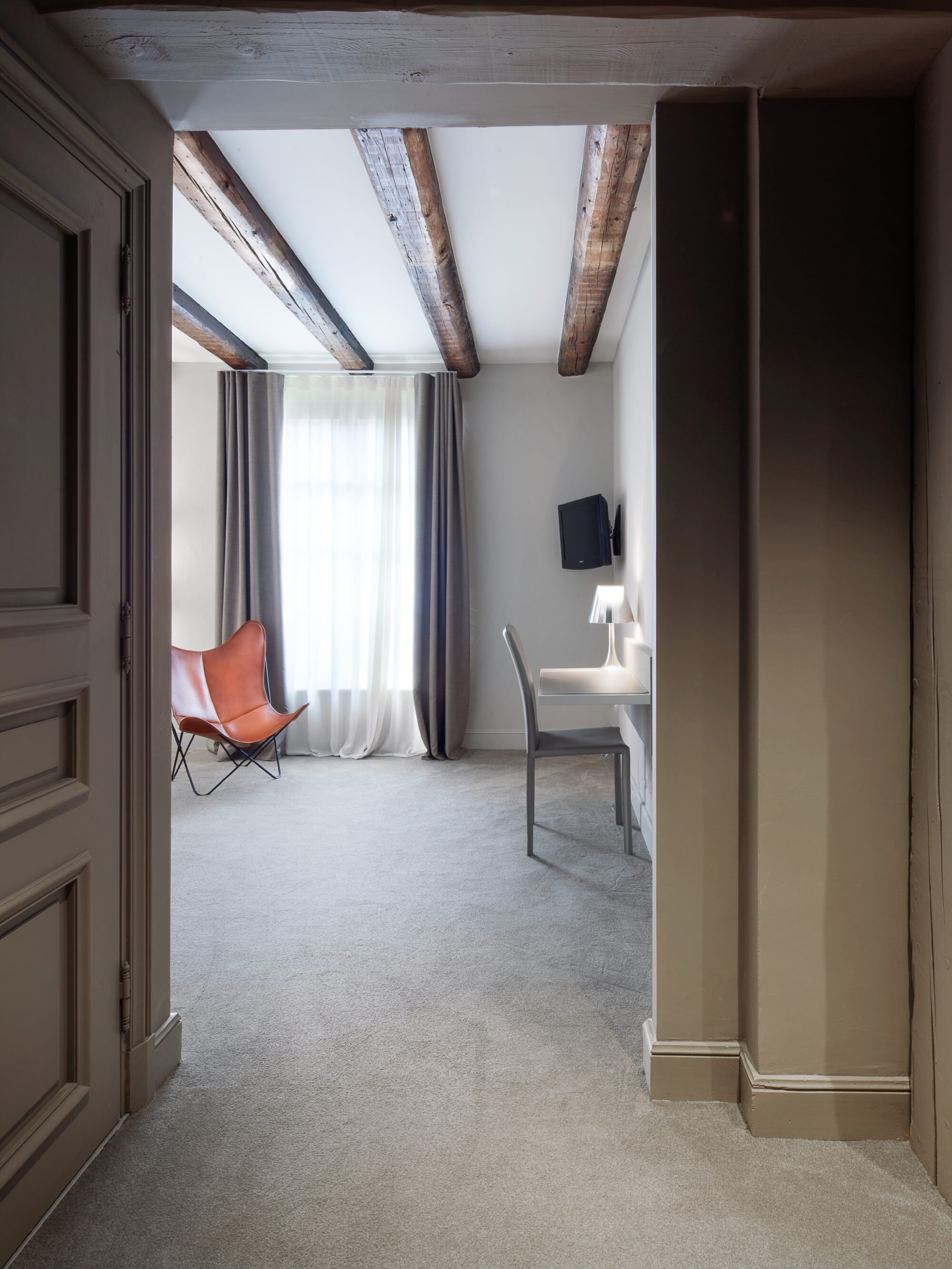 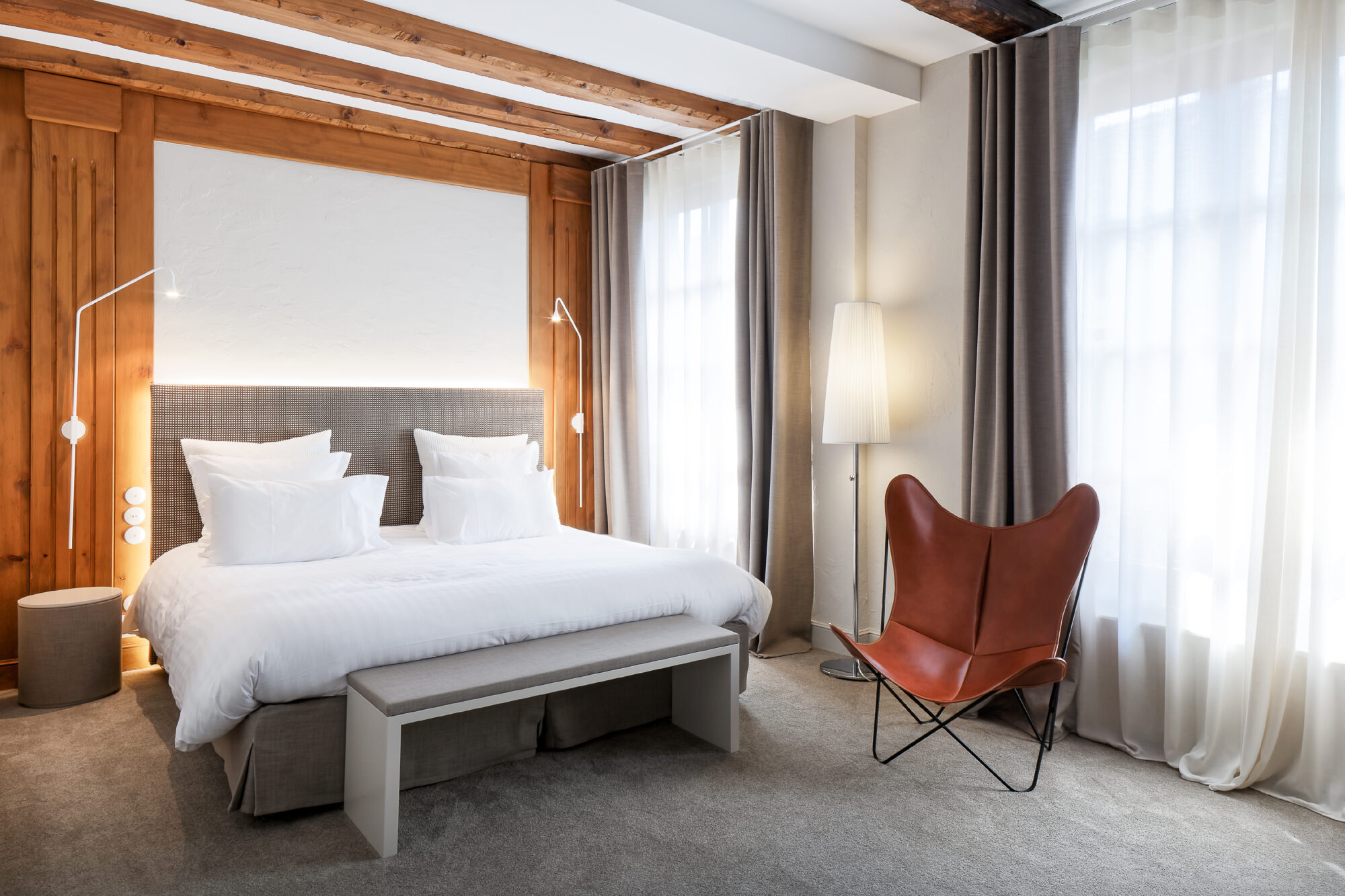 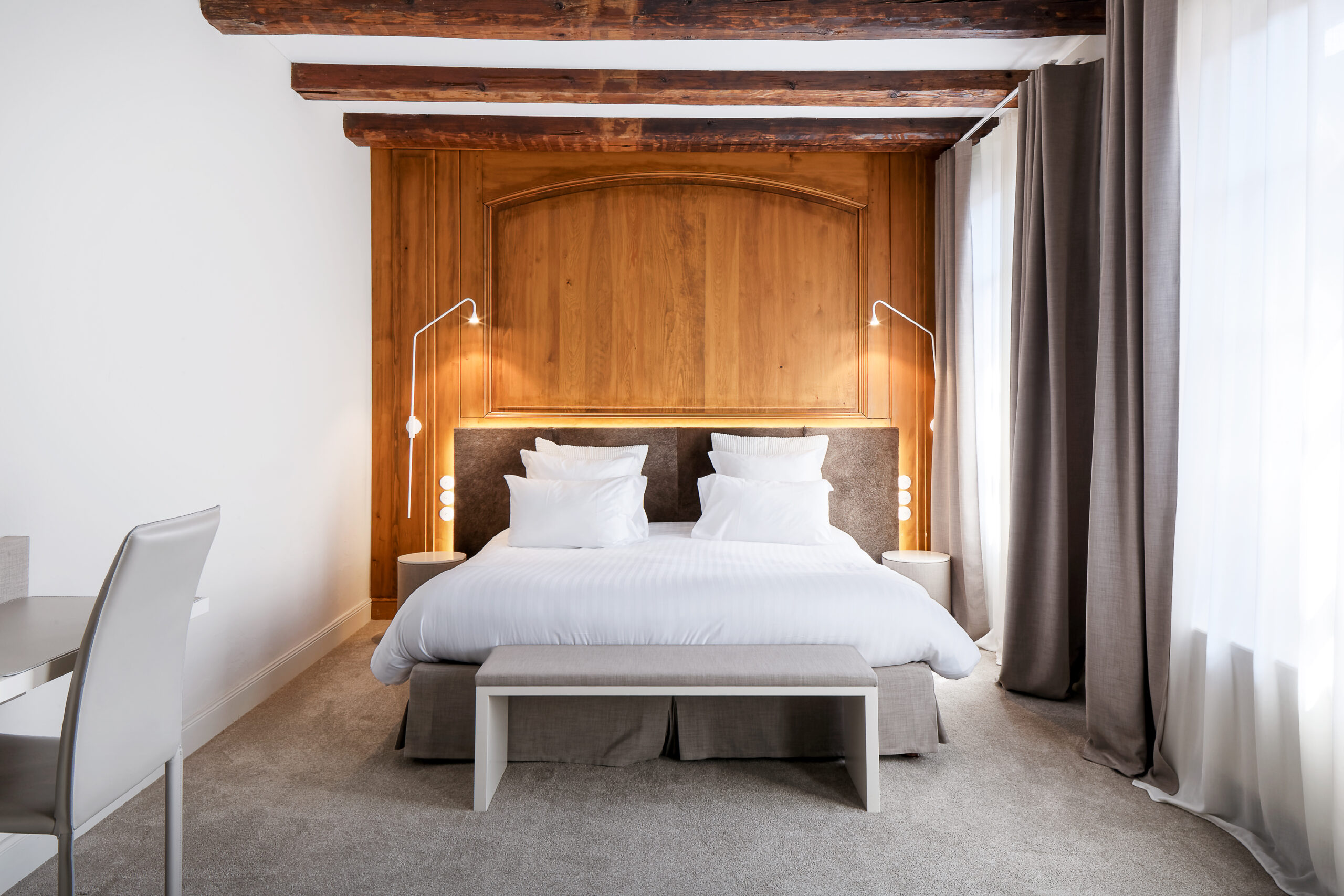 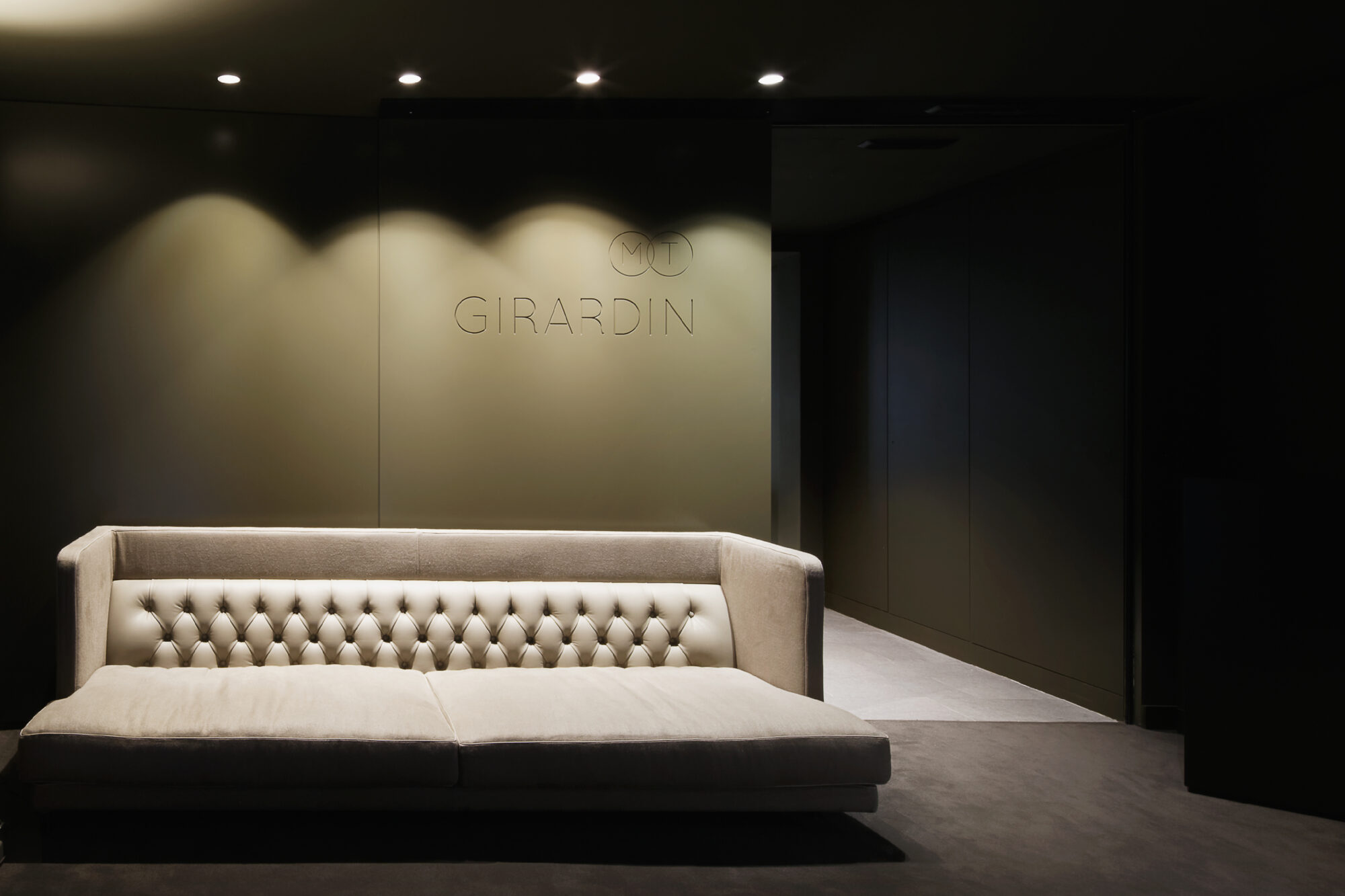 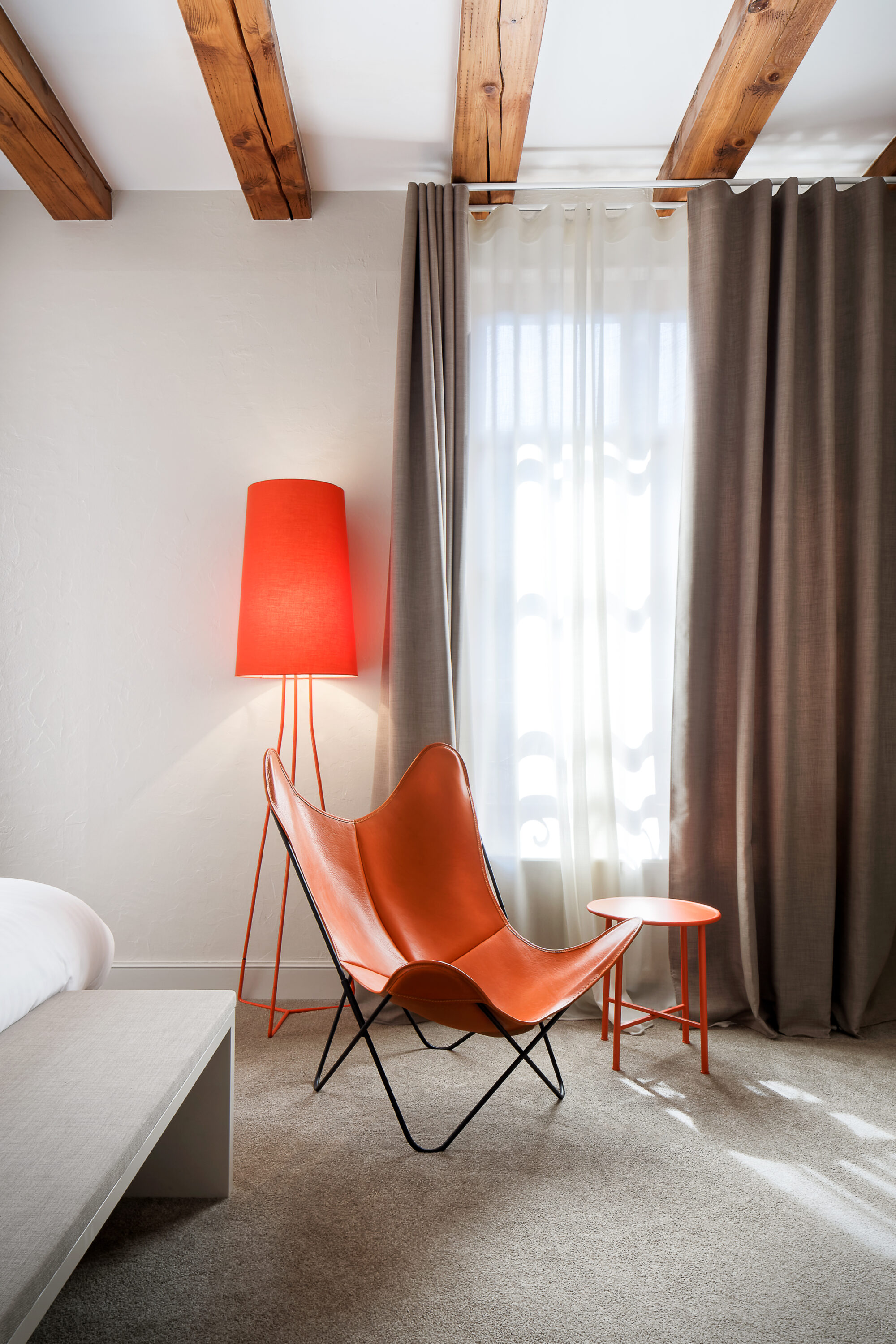 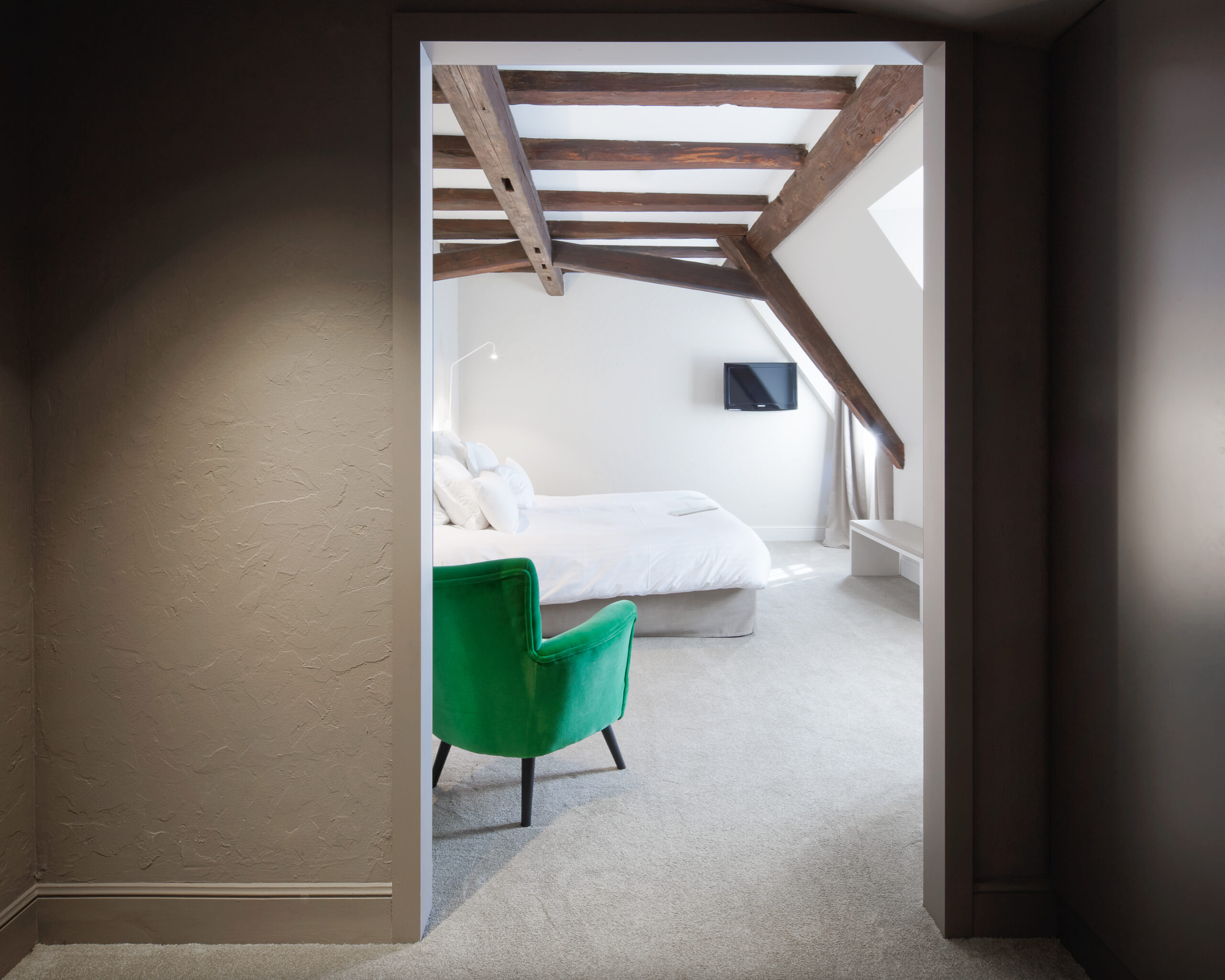 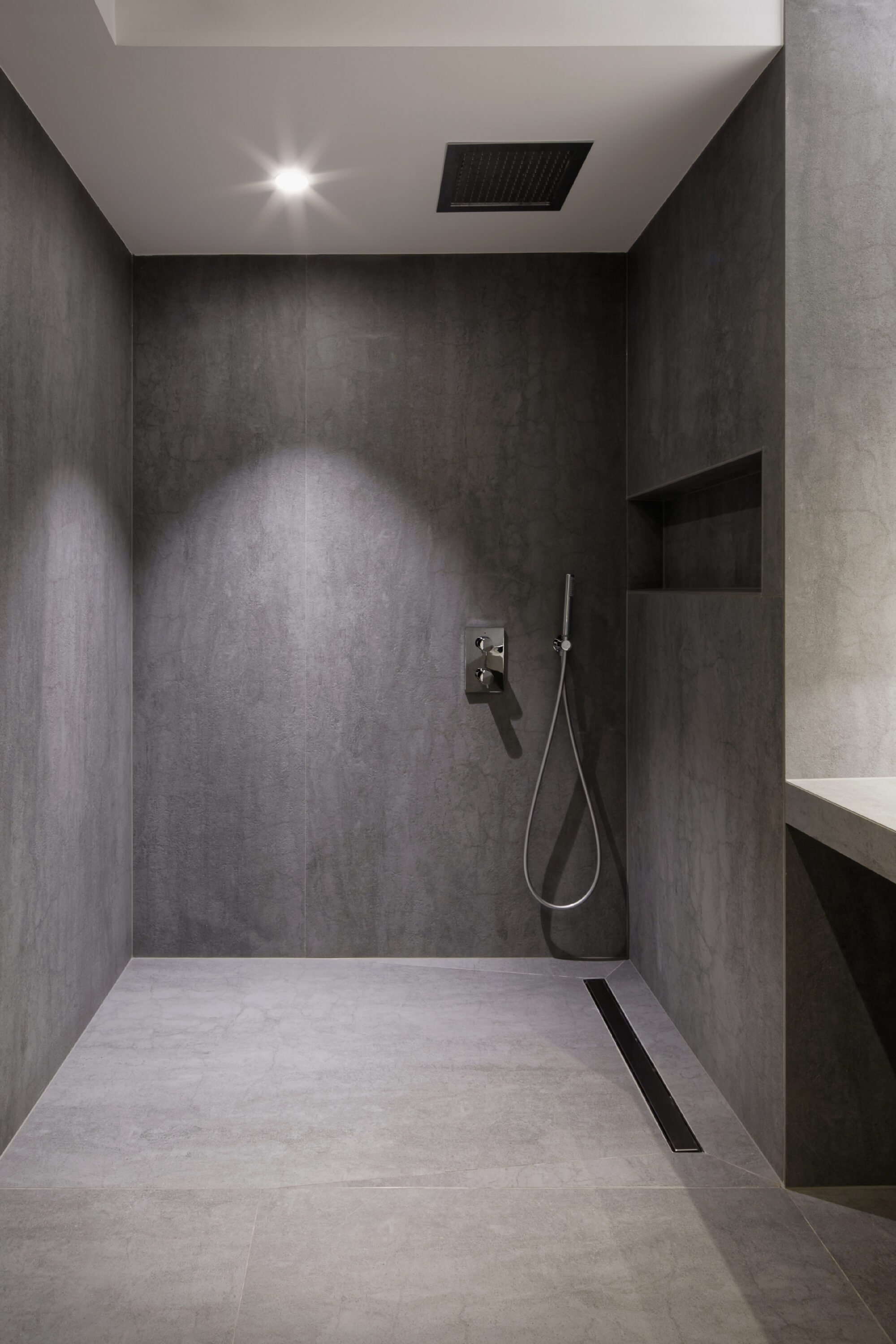 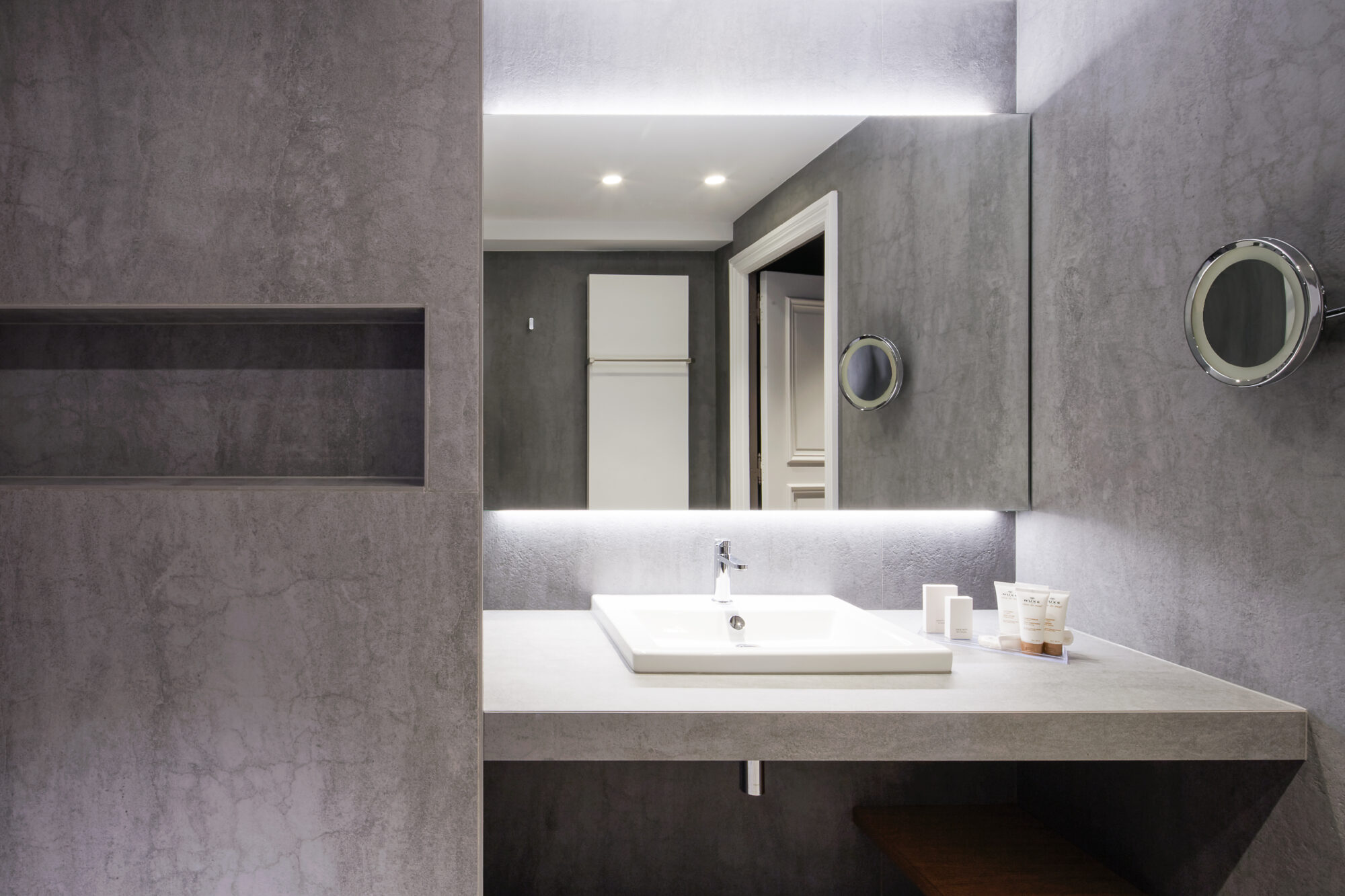 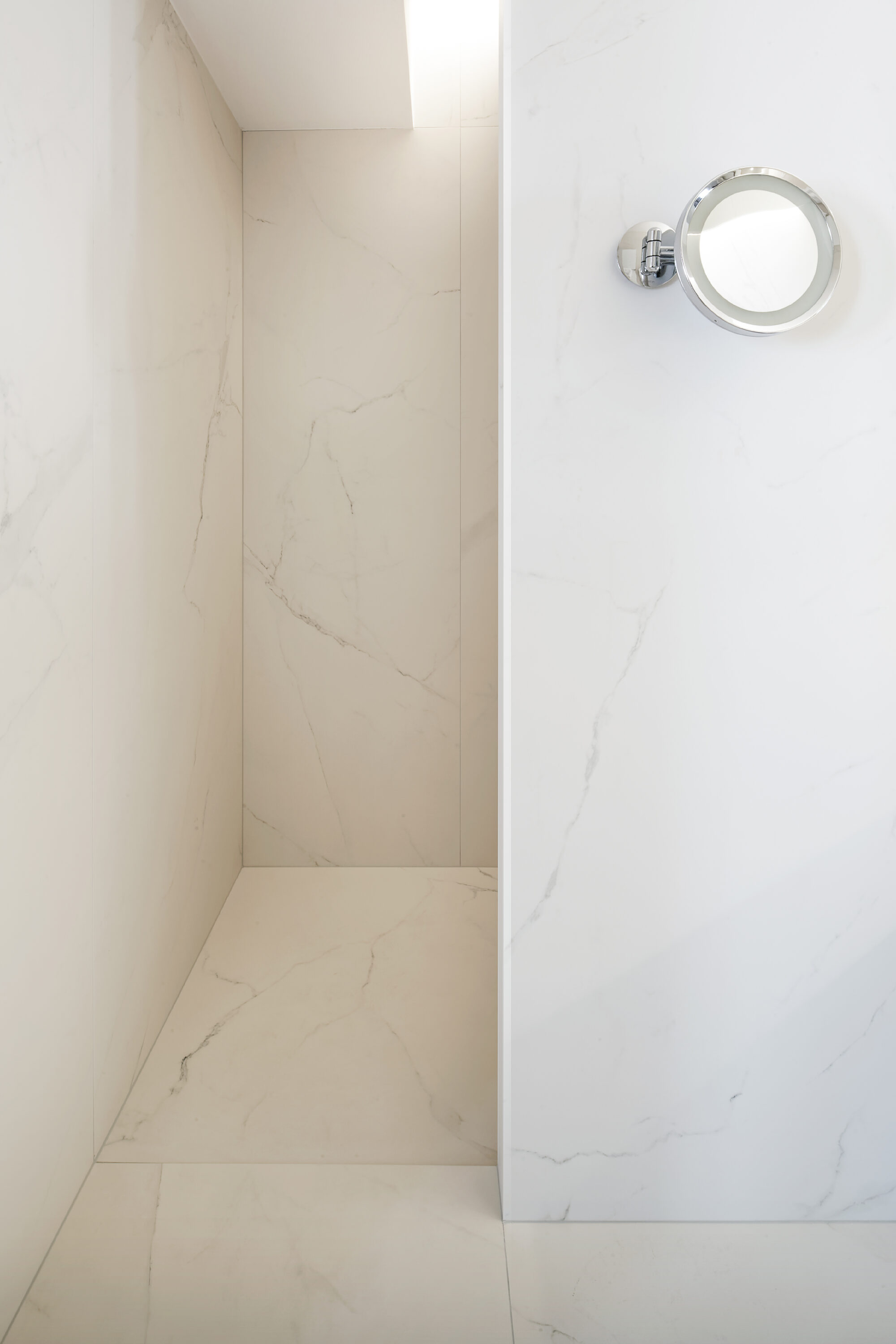 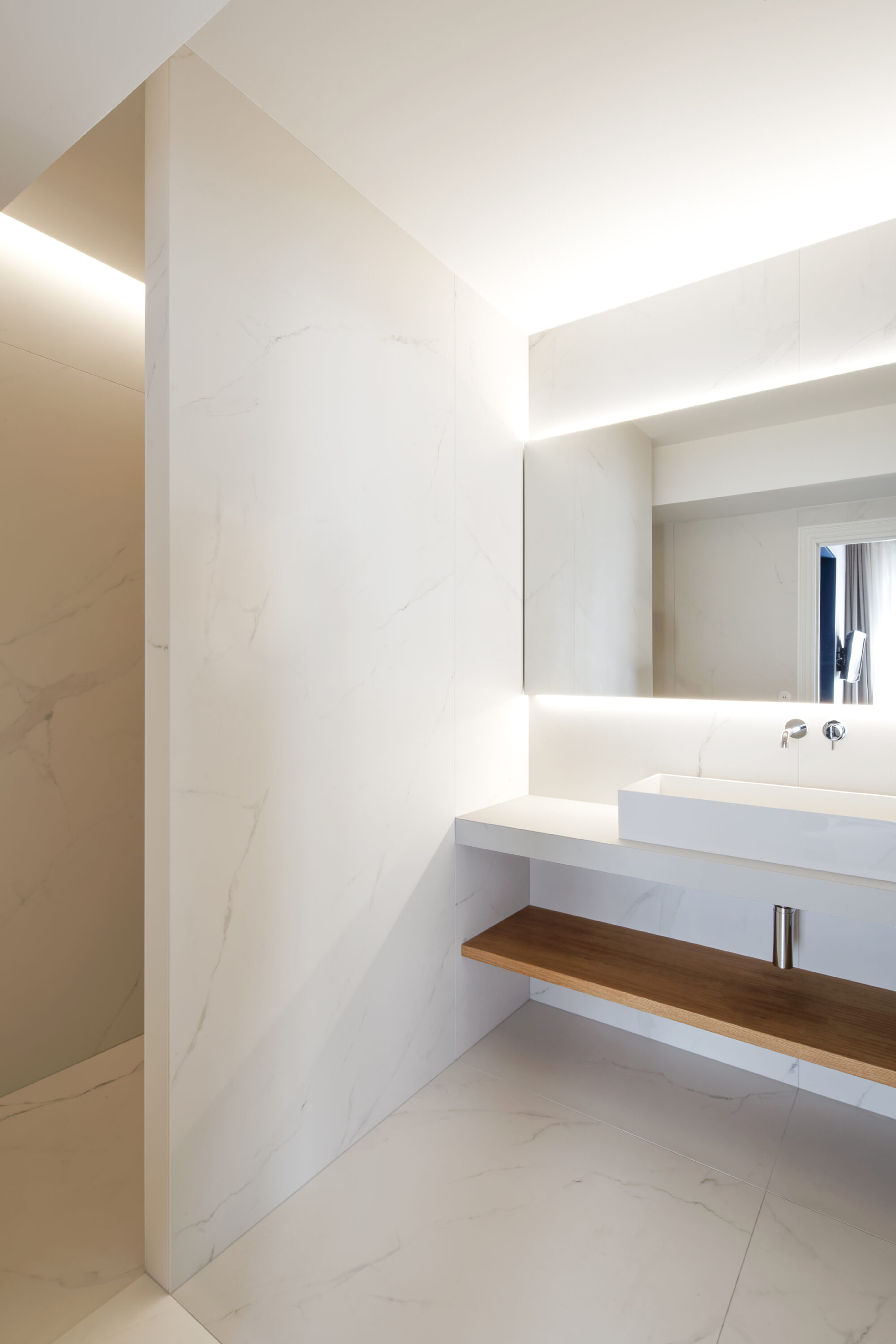 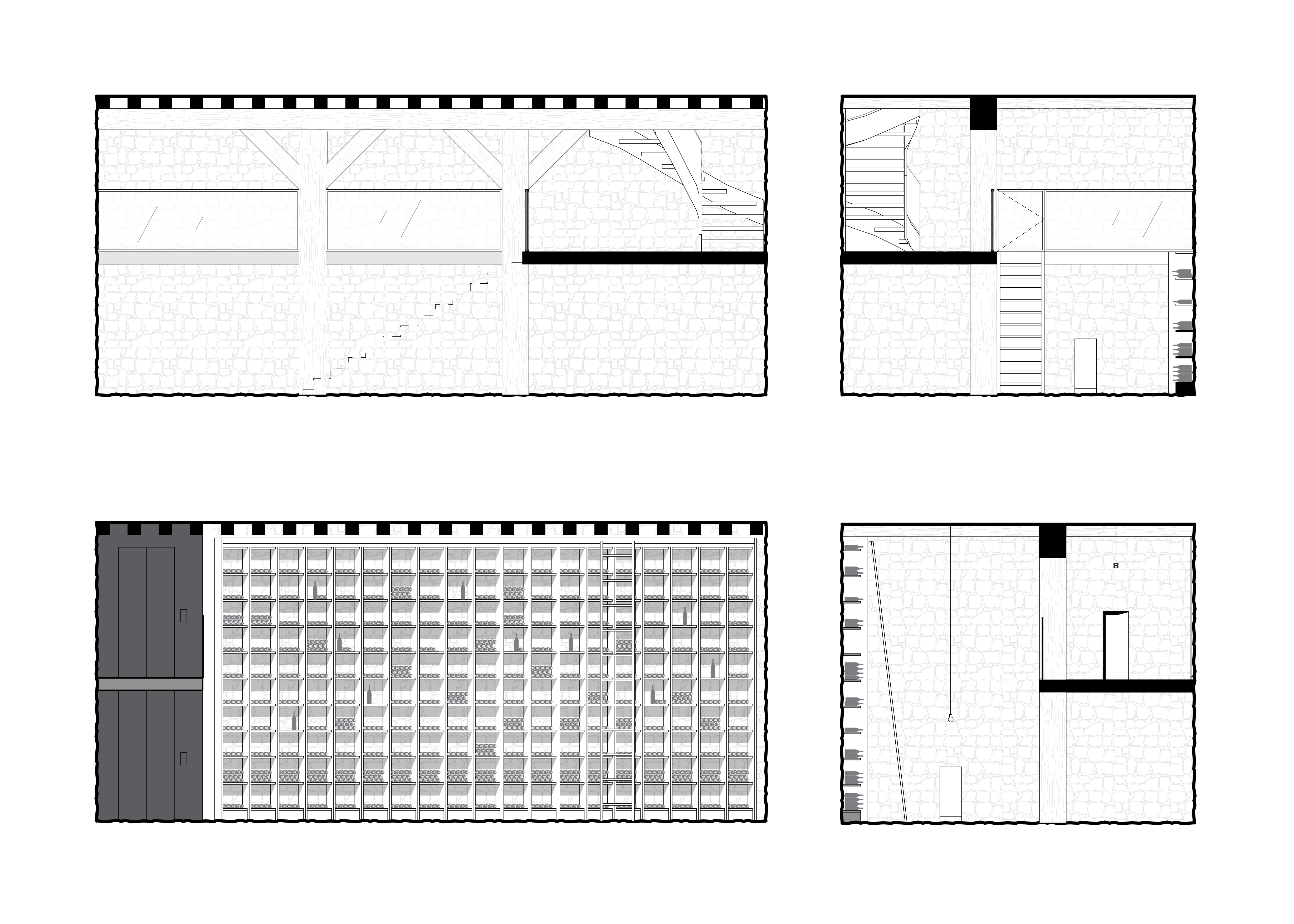 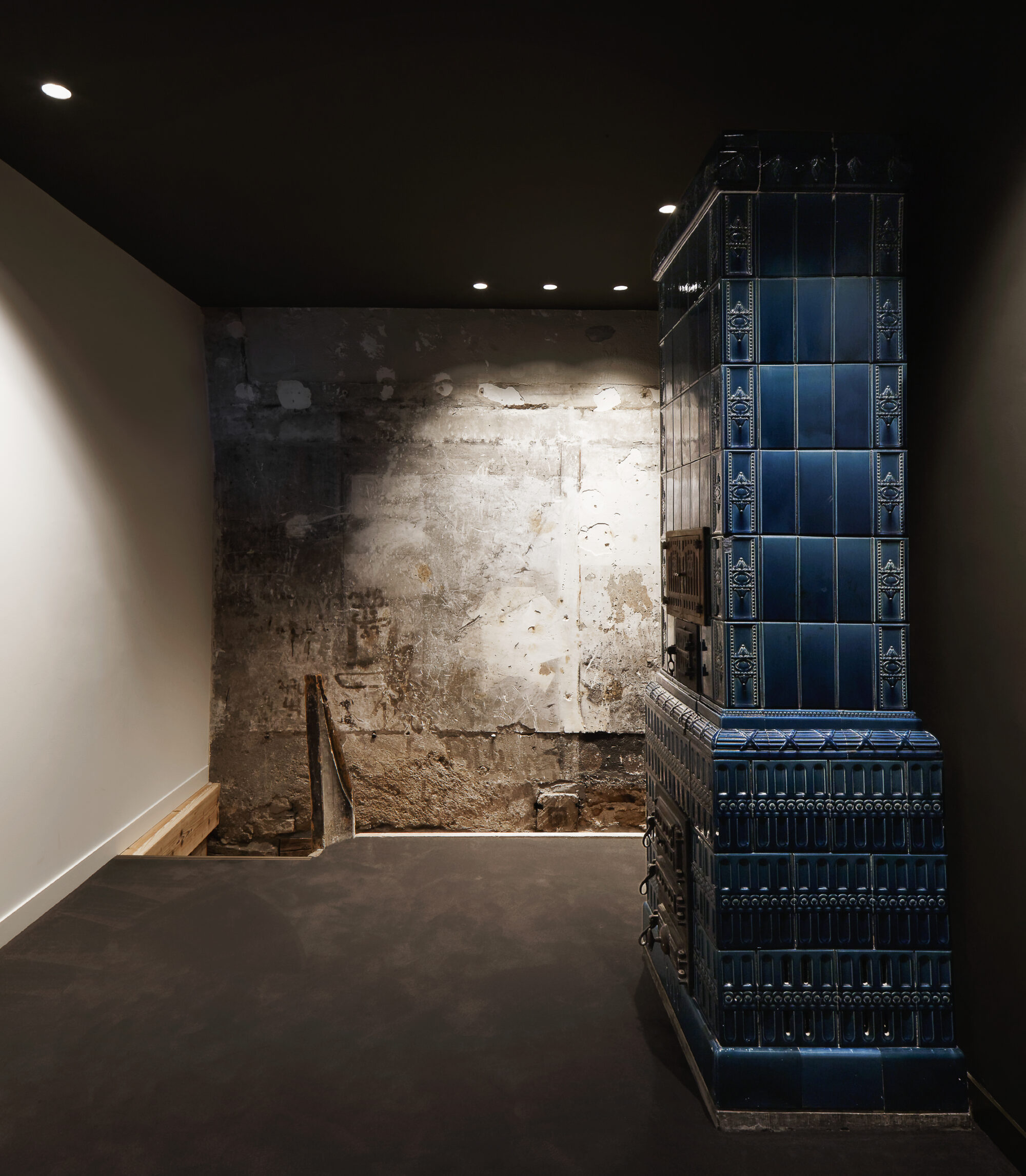 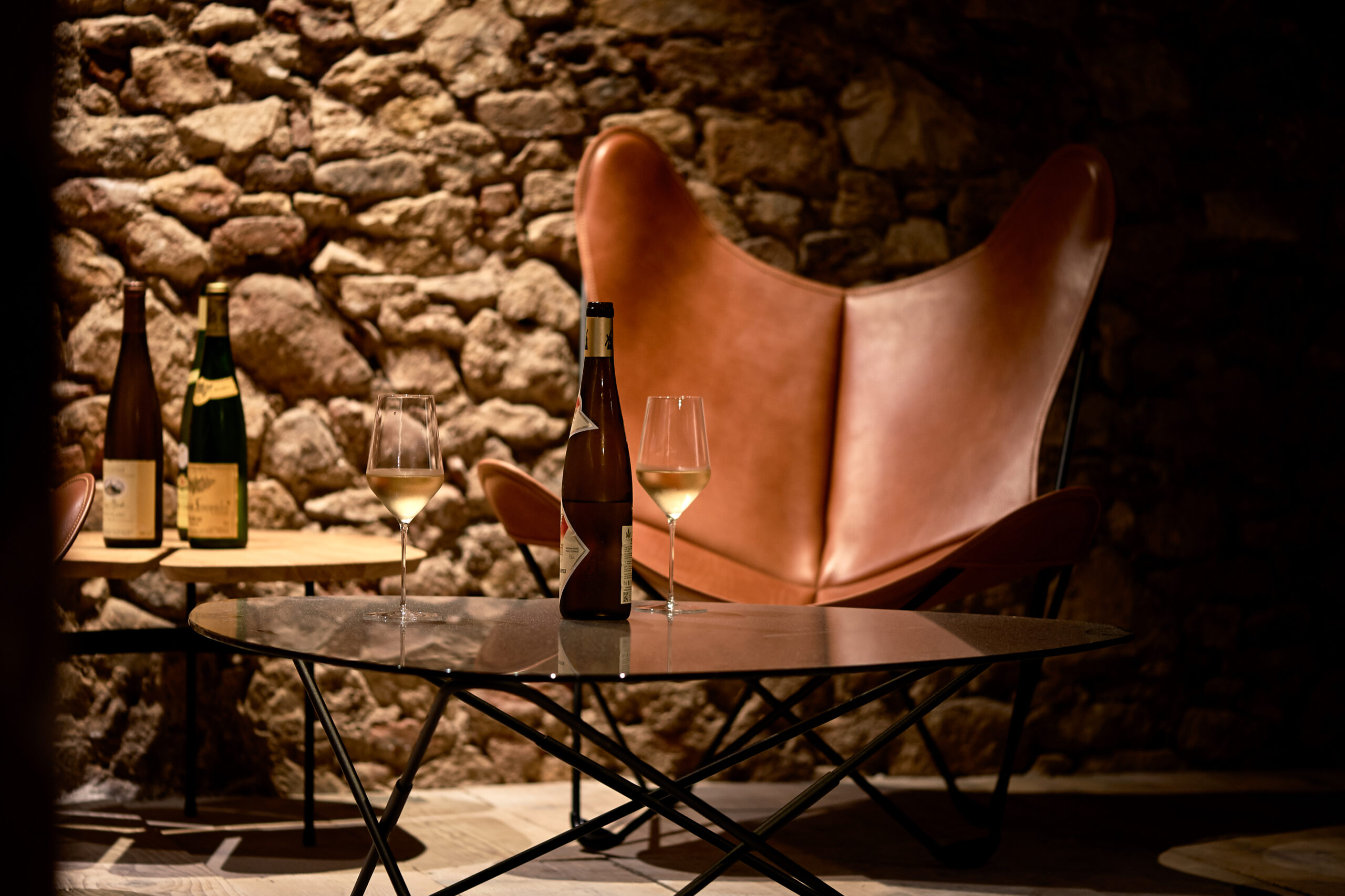 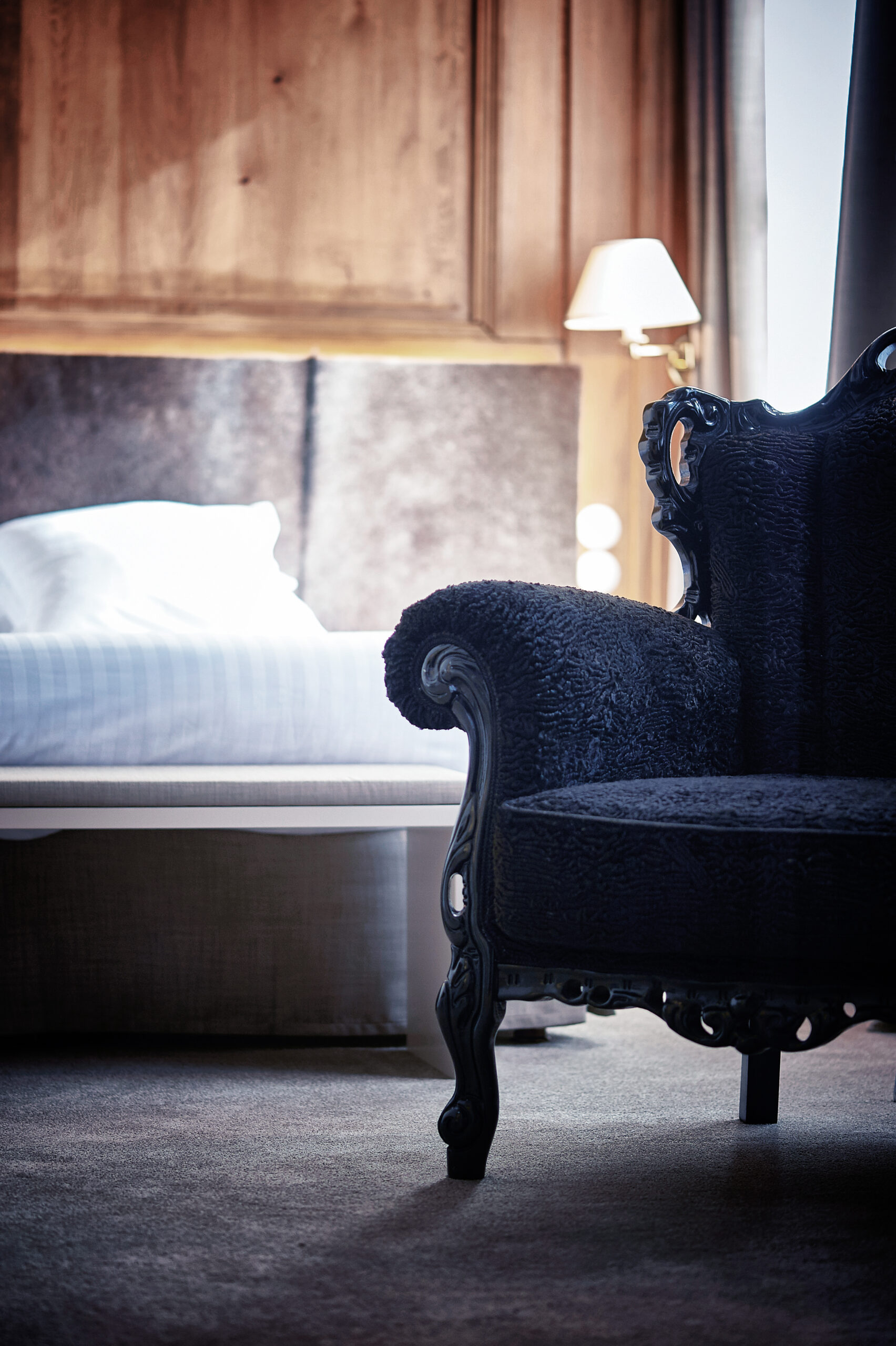